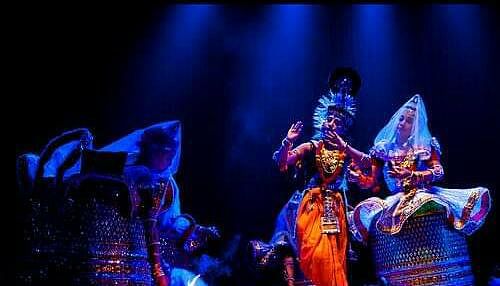 The origin of Manipuri dance goes back to ancient times that go beyond recorded history. The dance, originating in the state of Manipur, is associated with many rituals and traditional festivals. There are legendary references to the dances of Shiva and Parvati and other gods and goddesses who created the universe.

However, Manipuri is not the only popular dance form in the Northeast State. There are several other forms of folk dance that you should know about. Here are a few :

Popularly known as a divine dance, Raas Leela is an important part of the traditional culture of Manipur and its uniqueness can be visibly seen in all aspects of the dance form, whether it is the costume or the movements. According to reports, Raas Leela was first treated as a dance form in 1779 by Ningthou Ching Thang Khambatta, also known as Rajarshi Bhagya Chandra, an 18th century Meitei monarch. The dance depicts the connection of the individual soul with the spirit of the Supreme Being if true faith is developed. During the performance, elegant eye-catching movements and graceful gestures can be seen.

It is a famous dance style from Manipur which involves dancing and drumming simultaneously. Pung Cholom is also a combination of sound and movement, which requires acrobatic skills as it requires jumps and whirls.

Luivat Pheizak is one of the most popular dances in the Tangkhul Naga community of Manipur. The dance, which describes the different stages of the culture and the simple way of life of the community, is performed on all traditional festivals in the state.

Popularly known as the fly dance, Shim Lam is the traditional folk dance of the Rongmei community. Performers dressed in traditional brightly colored outfits circle around each other while following the rhythm of the singers singing in the background. The men strut to the music with a ritual knife in hand while the dancers follow the beat with their hands twirling in the air.

Known as the art of the sword and spear, this traditional dance from Manipuri features a wide range of martial arts weapons in their performance. From metal swords to wooden spears, the dancers wield them in a dizzying display of steel and sparks as they soar between each other.