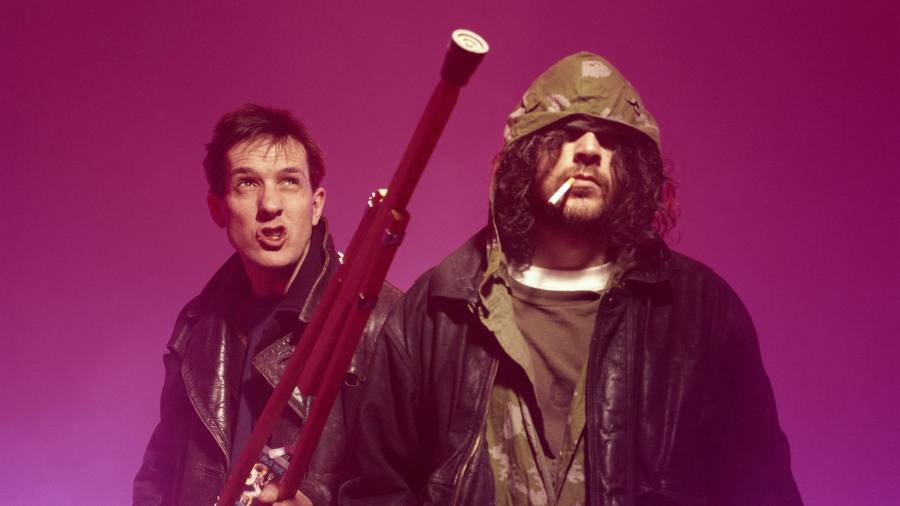 On January 1 of this year, a mysterious written communication appeared on a new YouTube channel. Its description read: “KLF exists”. Jimmy Cauty and Bill Drummond were back, almost 30 years after they scuttled their band in the most flamboyant fashion – when they blank fired machine guns at music industry schmoozers at the 1992 Brit Awards , dumped a dead sheep at the after-show party, then deleted their catalog back of beautifully improbable hits. Two years later, they burned £ 1million of KLF revenue in a bizarre and captivating performance art project.

The anarchic duo’s comeback has taken the form of a series of digital compilation albums and album re-releases reactivating their songs erased for the streaming age. Solid State Logik 1 and Logik 2 semiconductor bring together tracks that they released as The KLF and other aliases such as The Justified Ancients of Mu Mu in the late 1980s and early 1990s. Their idea of ​​pop music as a kind of Folk art stolen by the recording industry has become obsolete, the product of an analog era of corporate distribution barriers. However, their music still carries a powerful charge, a white ride with unlicensed samples, sirens, big rave and hip-hop beats, inspired conceptualism, a strong sense of the absurd, and a populist eye for main luck. . ??

Arthur Baker presents Dance Masters: Shep Pettibone The Classic Master Mixes is a tribute to maestro remixer, Shep Pettibone, a New Jersey pioneer of extended club mixes for 12 inch singles in the 1980s. The first in a new series of compilation albums overseen by veteran DJ Arthur Baker, it brings together 47 of the remixes of Pettibone singles by George Michael, Paula Abdul, Whitney Houston and other mainstays of the charts. Madonna is an absentee – he has co-produced several hits for her, including “Vogue” – but there is a plethora of other materials, restyled for clubs and radio with crisp, punchy energy, like the makeover of “West End” of the Pet Shop Boys. Girls ”in nine minutes of electro-disco. ??

Japan is a successful destination for digging record crates. Not only are there plenty of records to dig – physical vinyl and CD formats remain popular in the world’s second largest music market – but the country’s music remains relatively unknown to Western audiences. A number of recent compilations have attempted to fill the gap, among which Heisei No Oto: Japanese Left Pop from CD Age: 1989-1996. It brings together a range of artists operating in the early years of the Heisei era which began with Emperor Akihito’s accession to the throne in 1989. Styles range from the lush ambient “A Tale” of the Synagetic Voice Orchestra to Eiki Nonaka’s brooding electronic jazz “Vortex Phlanged”. ??

IDM, aka “smart dance music,” was the arrogantly named electronic offshoot that emerged in the 1990s, designed for listening on headphones rather than clubbing. IDMEMO: A future of nostalgia provides a well-organized overview of this progressive and loosely defined branch of electronic music, in which acts with names like Zugzwang (a chess term) deliver textured and contemplative compositions. ??

During this time, Nice gifts: Beautiful Vol 1 features current British bass music in a label compilation launched earlier this year by London-based DJ Sherelle. Its verve is summed up by the self-proclaimed “future classic” sound of “Consume Me” by Nia Archives, with its jazzy vocal melody and accelerated rhythms, a well-organized collision of forces. ??