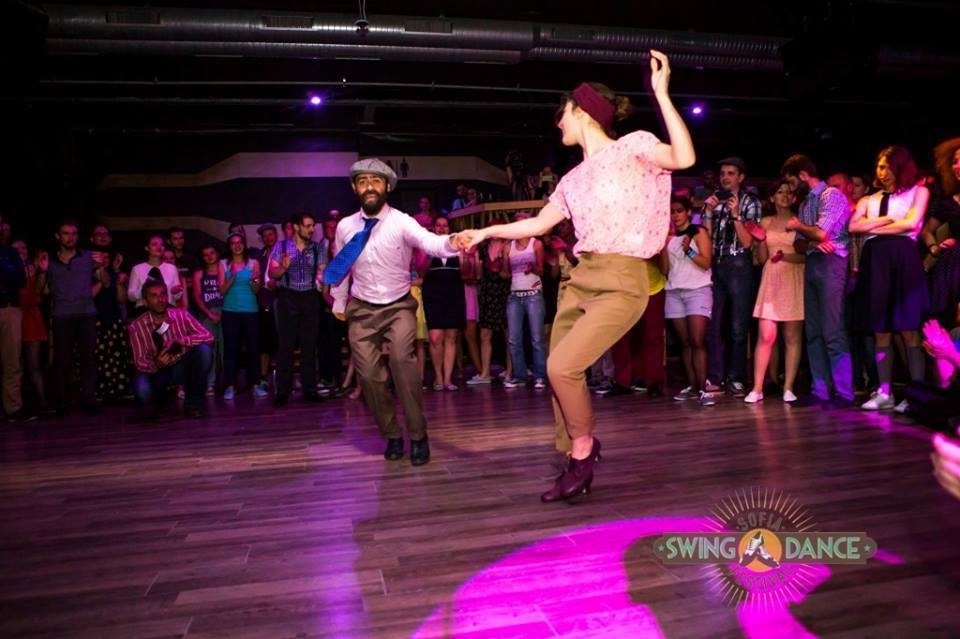 Although big band, jazz, and swing all emerged from the dance halls of America during the first decades of the 20th century, swing dancing has again become popular today. Swing festivals and swing fashion can be found all over Europe and America and swing or Lindy Hop classes can be found in most cities. Hakan Durak is one of the ambassadors of Istanbul’s emerging Swing and Lindy Hop scene. Although trained as an engineer, Hakan gradually let a jazz dance style change his life course and made a commitment to bring his vintage pleasure to his hometown. He has been giving workshops in Turkey since 2008 and in 2010 he opened the Swing Istanbul studio. Daily Sabah had the chance to sit down with him and learn more about his story.

Daily Sabah: How did you come to Lindy Hop and Swing?

DS: What do you mean? How did you find it?

HD: I used to live in Iceland, but on a trip to Istanbul I took salsa lessons with a friend. It changed my life and then I came home to Iceland and there was this class, they said it was going to be salsa and it was kind of a sampler. We did Jive, Foxtrot, East Coast Swing, almost everything in about an hour. But no salsa! So I go home and try to find out more about what swing dancing is. It was like the first month, the first year of YouTube and there was this Lindy Hop video. And I have to tell you – I played the saxophone in a jazz orchestra – I didn’t like jazz music that was made before 1960. I thought the swing was too simple. But then I watched this video and the whole swing orchestra and even from the first eight beats, I was like, wow. This is what I want to do. And I sent it to a friend of mine and he said okay. ULHS, 2010. We will be there.

DS: So how did you create the swing community here?

There was no Lindy Hop in Iceland or Turkey. I started attending workshops in Europe, Germany, Hungary, Sweden, France, Spain. The economy was really good at the time in Iceland. So I worked three days a week and could travel a lot. I was learning from the best teachers in Stockholm, Sakarias Larsson, as well as Frida Segada. I stayed there for almost a year, attended all the classes – from beginner to advanced level – to see how they teach, play, give lessons and then come back to Turkey every month and give workshops. And then I decided to open the studio in May 2010 to build a community here in Istanbul. When I first opened the studio, the whole community was no more than 40 people actively dancing. We had about ten students. Now, in 2016 counting with the other school, the students alone are over 300.

DS: Did you also have international relations? What is the scene?

Yes, we have a festival. Orient Lindy Express is a five day festival that we organize. The best teachers in the world come to Istanbul and last year we had 36 teachers and 350 guests from 28 countries. And then last year, we hosted the Hot Sugar Band from France and Swedish and American DJs. It’s a big party. And the Istanbul Lindy Exchange is all about parties. The Swedish group Gentlemen and Gangsters originate from Goteborg. We had to cancel this year’s Orient Lindy Express festival due to the political unrest, the coup, but it is one of the biggest Lindy Hop festivals in Europe.

DS: What exactly is the difference between Lindy Hop and Swing?

Well swing is an umbrella term for several types of dances. Lindy hop is a special dance. It came out of Harlem in New York in the 1930s. The biggest and best dance hall of the time was the Savoy and everyone was going there. So they sent a reporter over there to cover what was going on and he asked what the new dance was. “We’re jumping like Lindy did.” Lindy being Charles Lindbergh, who had just crossed the Atlantic for the first time. And so the New York Times made headlines the next day, Lindy Hop Craze.

DS: I’m very curious, why do you think that a style of music and the dance that accompanies it from the 20’s, 30’s and 40’s in America has become so popular in Europe and especially in Turkey?

It has something to do with this vintage fashion around the world. In the United States, that retro style in the 1990s was a big thing. I think people were first drawn to fashion, and then –

DS: And some people were like, â€œOh, let’s pretend we’re from the timeâ€.

Law. And then some people got really serious about dancing. But in Turkey? I am not sure. I just like the music. I like dance. For Turks, it’s all about happiness, because they see people smiling all the time.

DS: But why swing rather than anything else?

Well, tango is considered a serious dance, salsa is kind of a show off, flashy, but most of the people who come to lindy hop as far as I can see don’t want to do something like salsa or tango. , they want to do something fun. And Jazz … I think people here listen to Jazz, like Ella [Fitzgerald] or Louis Armstrong more than they listen to Tango, and it’s sophisticated. He has roots.

DS: So there’s this awesome soundtrack, but it’s a fun dance for the ordinary individual.

Yes. So when they see someone dancing to the music of Louis or Ella, they think, oh wow, you can actually dance to that! I have had a lot of comments along those lines. This is what I thought when I first saw this video. Like wow! People are shining, very happy, and soâ€¦ light. It’s light. When you throw yourself into it, it’s a very energetic dance, you move a lot, you sweat a lot. Your serotonin goes up. Then you get addicted and try to bring your friends. I’ve actually done salsa and tango, but never felt the same exhilaration that I felt while swinging or lindy hop.

DS: So I’m a total beginner. I’ve never done social dancing before. Do you think someone like me could learn to do this?

DS: Reasonably? Would I be okay at one of those social dances you throw? How long would it take?

[Laughing] Well, let’s put it that way. You could learn reasonably well in six months, if you practice. Or even after the first class. We give the very basic steps of the first lesson so you can go anywhere you want from there. To get really good, do all the moves you want and dance really well, it would take two or three years.

DS: Do you have any favorite bands or tunes to dance to?

Savoy by Hot Sugar Band. The song dates from the 1920s but the group is modern, from France. “Let’s Dance” by Benny Goodman, Fletcher Henderson, Cab Calloway, I love Cab Calloway, but Benny Goodman is my thing. Well, it’s fun, really. I think there is a melancholy note in this one, actually. [Durak opened a song on his phone and played it for me here.]

Can’t you hear it? Melancholy ?

DS: I don’t know, I just want to bounce back.

Ah yes, that bounce – it’s the most important part of the lindy hop dance.

You can meet Durak and his fellow teachers at Swing Istanbul dance studio on the Asian and European side. New courses start every two weeks at Taksim and every third at Caddebostan. The swing community has dances on Fridays and Saturdays, sometimes in the studio and sometimes in larger venues – for more details visit the Swing Istanbul website (swingistanbul.com).