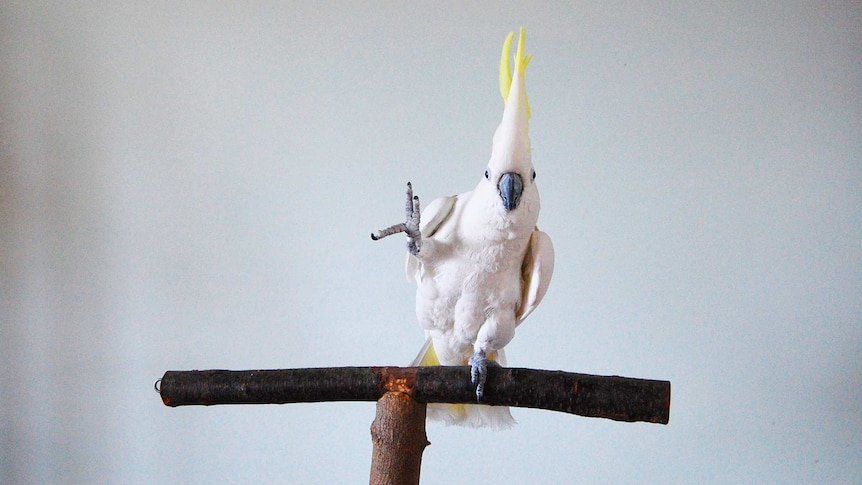 Snowball rose to fame ten years ago when the United States researchers have shown that he can nod to the beat of the Backstreet Boys song Everybody (Backstreet’s Back).

In their latest study, published today in the journal Current Biology, researchers focused on on the spontaneity and diversity of movements that Snowball does in music.

While spontaneously switching to music is common in humans, relatively rare in other species, and absent in other non-human primates.

Researchers filmed Snowball dancing to Cyndi Lauper’s Girls Just Want To Have Fun and Queen’s Another One Bites The Dust. It has been played three times on each track.

They then performed a frame-by-frame analysis of the resulting frames and found that Snowball had performed 14 separate moves and two composite moves on the music, ranging from rolls to headbanging to vogueing.

Interestingly, Snowball danced differently each time he heard a particular song, which the researchers said was a sign of his flexibility in switching to music.

â€œWe were surprised at the diversity of Snowball’s movements to music, all of which emerged without any training, through social interaction with humans,â€ said psychologist and study co-author Aniruddh Patel of Tufts University.

This suggests that we need to rethink the assumption that the sophisticated movement of music is something unique to humans, Professor Patel said.

What makes us dance?

â€œWe believe that the impulse to dance to music arises when certain cognitive and neural abilities come together in the brains of animals,â€ Professor Patel said.

In the article, the researchers identified five abilities that they see come together only in parrots and humans.

The first is complex vocal learning, or the ability to learn to produce new and complex sounds based on the experience of what we have heard. This ability creates strong links in the brain between hearing and movement.

“Humans are the only primates with this ability, which might explain why no other primate shows spontaneous and diverse movement to music,” Professor Patel said.

The second is the ability to imitate nonverbal movement, or being able to watch someone perform a movement and then reproduce it yourself.

Then there’s the tendency to form long-term social bonds, which is tied to the fact that Snowball (and humans) seem to dance for social reasons, rather than for food or as part of mating rituals.

“It is striking that in our modern world, people often listen to music on their own, for example on their phones, but always look for other people when they want to dance,” said Prof Patel.

The the ability to learn complex sequences of actions is another skill apparently shared by parrots and humans. It requires sophisticated neural processing, Professor Patel said, because we are talking about movements that are not innate.

And finally, attention to the movements of communication, which means that we are looking at the structure of the movements and not just the consequences of the actions.

How does Snowball get his killer dance moves?

So is Snowball a very creative dancer or just a great imitator of humans? Researchers say they can’t be sure.

“We are not sure which of Snowball’s moves are imitations of human dance moves and which are the product of his own creation,” said Professor Patel.

“We think some of her moves are probably her own creation, as her owner doesn’t do those moves when she dances with him.”

Indeed, no one was dancing with him when the videos were filmed.

And even though Snowball is more of a great imitator than a great creator, it still indicates that he possesses remarkably sophisticated abilities, Professor Patel said, given that humans and parrots have such different body types.

Gisela Kaplan, a professor of animal behavior at the University of New England who was not involved in the study, said the team did a good job of research analyzing the Snowball dance moves of in such a precise way and by summing up the traits that could be causing them.

“It seems – and this is what makes the paper interesting – that the cockatoos have reached the same point [as humans] … where the convergence of different traits that may have developed separately suddenly come together to be able to form something new, â€said Prof Kaplan.

She added that cognitively moving from imitation to creativity was not that difficult.

â€œThere is still a big step between imitation and creativity and producing something new yourself in a new context,â€ she said.

“But once you’ve established the first step, the second step is not far off.”

Science in your inbox

Get all the latest science stories from across the ABC.