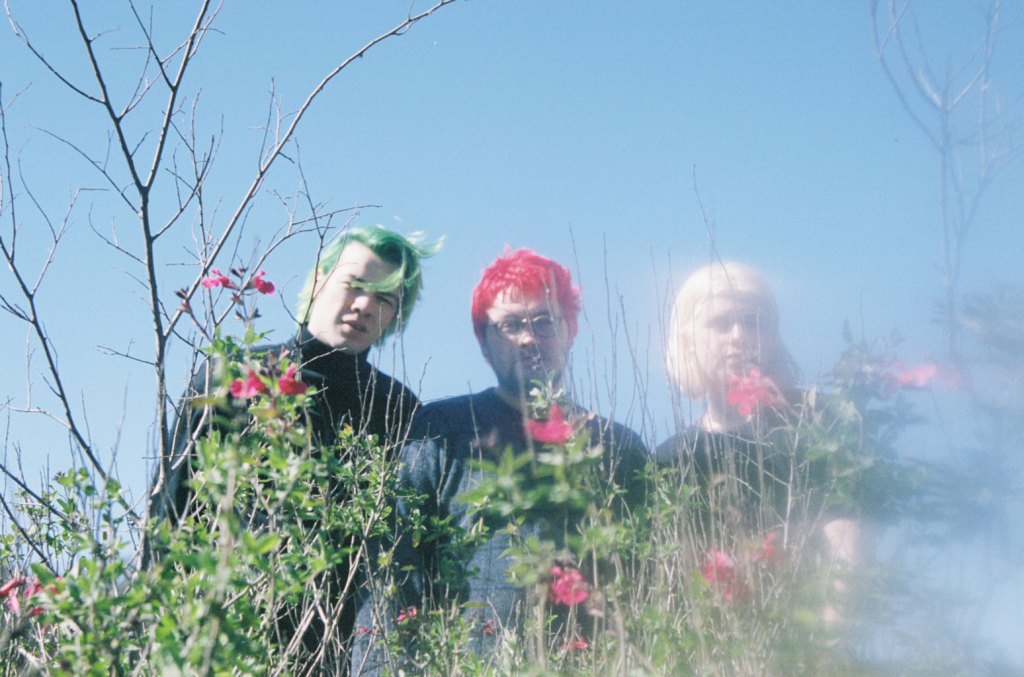 While it will likely still be a long time before we return to dark clubs, as the big fall festival queues begin to dwindle, the light at the end of the pandemic tunnel is indeed getting brighter.

And until dance music finds its spiritual home on the dance floor, we’ll continue to enjoy it through our favorite speakers. This week features another batch of new music for you to check out on your runs and in your living rooms. Let’s dig.

Porter Robinson and Madeon rave about Wavedash’s debut album, World famous tour, on Twitter, and we understand why. The 12-track experience sees the tough pitch band from Texas heading for a bold and bright future. Snippets of spoken words, stunning textures, emotional melodies and heart-pounding beats swirl together in an exciting mix of styles and tastes. It’s multifaceted and futuristic, while also paying homage to the greats of the past – and yes, there are still some seriously heavy firecrackers.

“The electronic dance music scene has changed a lot over the past five years, and this album is part of our response to that,” the trio recount. billboard dance. “All of our idols have made albums, and there’s something undeniable about the lasting effect a larger, cohesive body of work can have on your life. We hope so World famous tour will be one of those records, through the ups and downs – because it certainly has been for us. From the hyper-bouncy pop of single “Dummo Loop” to the overwhelming sound design of “Ultracover” and the space romantics of “Left Behind” on piano, this is a project worth diving into the face. first of all. We especially love the cut-and-past sample funk of “Satin Cash,” a song that reveals itself in rainbow sonic layers. Enjoy the sound adventure. — KAT BEIN

Dance trends come and go, but house music is always in style. The hopefully imminent return of club nights and post-Covid festivals signals a refresh, and so the timing seems fortuitous for some of house’s biggest living legends to officially reunite. Last week, Masters At Work – the duo of Louie Vega and Kenny “Dope” Gonzalez, and the duo behind classics like “To Be in Love” and “The Ha Dance” – relaunched their label MAW Records, and today Today they shared their first new track in two decades, “Mattel,” with more material in the works.

Named after their favorite drum machine of the time, “Mattel” revolves around drumming as crisp and clean as a freshly starched shirt, complemented by curly, tangy synth hits and a bouncy bassline. Lasting eight minutes, it’s groovy and rugged yet tough and snappy, and sure to sweat. “We felt it was the right time to reintroduce our MAW Records catalog to a new audience and deliver new music as Masters At Work, so we headed back into the studio,” the duo said. Resident Advisor of their return. “The world of dance music is spinning, and here we are.” — KRISTAL RODRIGUEZ

Just a month ago, Deadmau5 announced the launch of Hau5trap, the in-house imprint of his longtime label Mau5trap. Now the second version of Hau5trap – and the first of the ‘Head’ Mau5 In Charge – has arrived. “Nextra” is a six-minute progressive slow etch built from gutsy synths, hard-hitting builds, and intricate percussion that will utterly send you dancing in the dark with your eyes closed after hours of wits. “I dabble with this track from time to time,” Deadmau5 said in a statement. “When I started creating Hau5trap, I had this one in mind for release. Its flow fits well with something in the vein of the house. — KATIE BATH

“Fallen Angels”, the new single with Flying Lotus from Canadian producer Little Snake, sounds like what I imagine you hear as your life flashes before your eyes, frozen in a moment that is actually only a few seconds long but seems eternal. An eerie ethereal collage of ornate textures that conjures up images of angels, robots, and twisted metal, “Fallen Angels” draws you in with its quiet, distinctive beauty. Gradually it envelops you in its time warp, thrashing, bending, slipping and dissolving at breakneck speed; upon his abrupt departure, you were thrust back into the material world like a ladle of softly scrambled eggs. “Fallen Angels” is the final single from Little Snake’s debut album, A fragmented love story, written by architect Infinite Helix, released May 7 on FlyLo’s label, Brainfeeder. — KR

Sofi Tukker turns “slinky” into a verb with their 2020 remix of “Woman” by Nigerian singer Rema. The duo take the scintillating percussion and edgy hook of the original and bring it to the club, pumping up the BPM and adding a heavy dose of future house bounce. The song is from the compilation Dance (RED) Save Lives Vol. III, organized by Aluna in partnership with leading Nigerian record label Mavin Records. Focusing on remixes of tracks by African artists, the compilation includes edits from all the stars, including Uniiqu3, Tokimonsta, Felix Da Housecat and Virgil Abloh.

“This is one of our favorite remixes we’ve done in a long time and we’ve played it a lot in our live streams,” the duo said in a statement. “It’s the ultimate joy to have done something we love, to discover new artists in the process, and to help reduce the impact of COVID-19 and HIV/AIDS in Sub-Saharan Africa all in one. We are grateful to be involved in this project and excited to hear all the other remixes. All proceeds from the album support (RED)’s efforts to reduce the impact of COVID-19 on HIV programs /AIDS in Sub-Saharan Africa Funds raised will be matched by the Bill & Melinda Gates Foundation, up to $10,000. —K. Bath

When was the last time you heard something so weird and original that you stopped what you were doing to check out what it was? Estonian producer and concept artist Tommy Cash is that weirdo, and we’re stopping super to pay attention. Much of his work consists of rapping over weird beats built from haunting synths and 808s. $uicideboy$ and Diplo to take Cash’s weird style to hyphier heights.

“This song is made of rage and frustration over boiling energy,” Cash said in a press release. “You can hear all the canceled tours, shows and waiting there! Report! Stupid virus shaded things. All my friends whose clubs have been closed, jobs cut. It has everything in it. It represents all that is locked up in energy, but at the same time it welcomes the future. And shout out Diplo and $uicideboy$, the guys were amazing to work with.

“Zuccenberg” is the first single from Cash’s upcoming EP moneysutra, which is fully released on April 9. He’s also the guy behind those Margiela “loaves,” having collaborated with the famed fashion house on a three-and-a-half-minute song called “Mute” that’s totally silent. He also made the longest shoes in the world with Adidas in March? So here is. He is wonderfully weird. — K.Bein