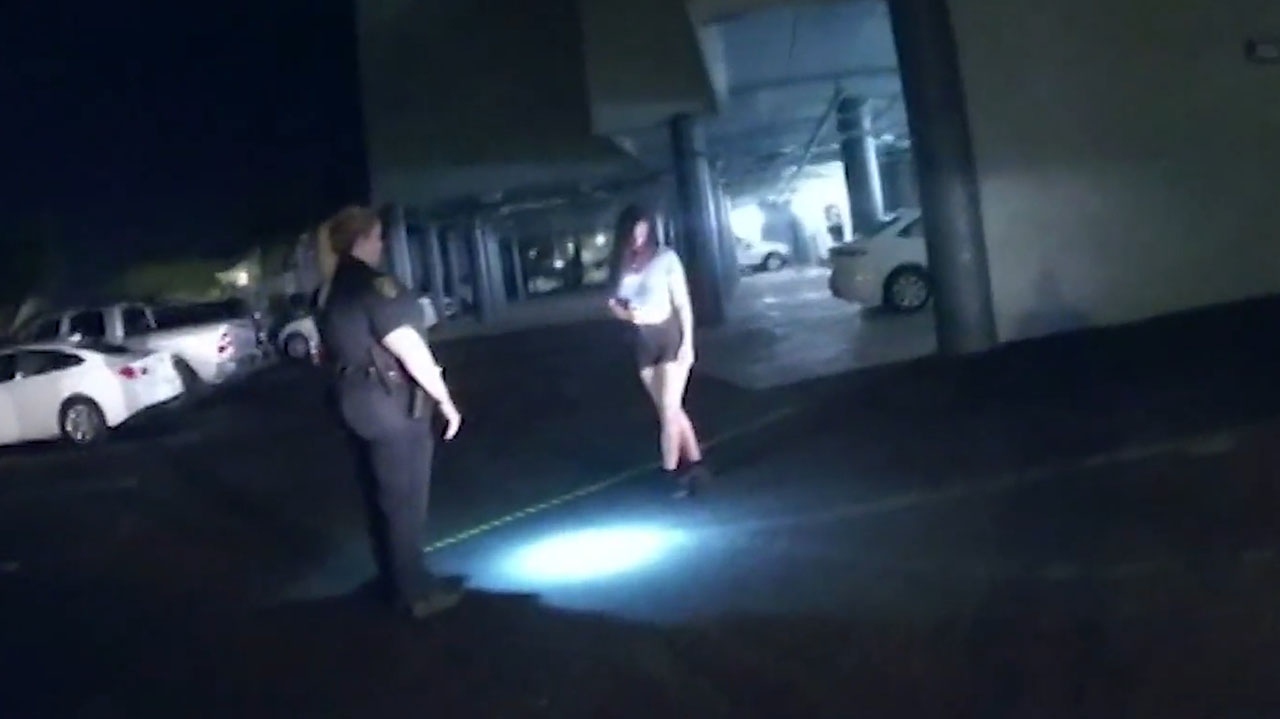 Pinellas County Sheriff’s Office deputies said the suspect, identified as a 38-year-old woman from Madeira Beach, flipped another vehicle about a mile from her home on April 27. When deputies arrived, they said the driver had shown several of the signs of impairment, including bloodshot, glassy eyes and dilated pupils.

When asked to walk the line, the woman “struggled to follow directions and was unsteady on her feet, nearly falling,” arrest documents said.

In the newly released video, the deputy administering a field sobriety test can be heard giving instructions to the suspect. At one point, the woman responds, “Yeah, well, you sound like my ballet coach.”

The woman then took five steps down the line before moving into a ballet sequence.

“That wasn’t the exercise I was demonstrating,” said the deputy.

Without answering, the woman then launches into what appears to be an attempt at folk dancing mixed with ballet.

The sheriff’s office said the 38-year-old later refused the test, marking the second time she refused to test after a separate incident in Pinellas County on March 3, 2019.

Deputies also said they found a white foam cup containing a light yellow liquid that smelled of alcohol in the center cup holder of the woman’s car.

She was charged with driving under the influence causing property damage and refusing to submit to tests.