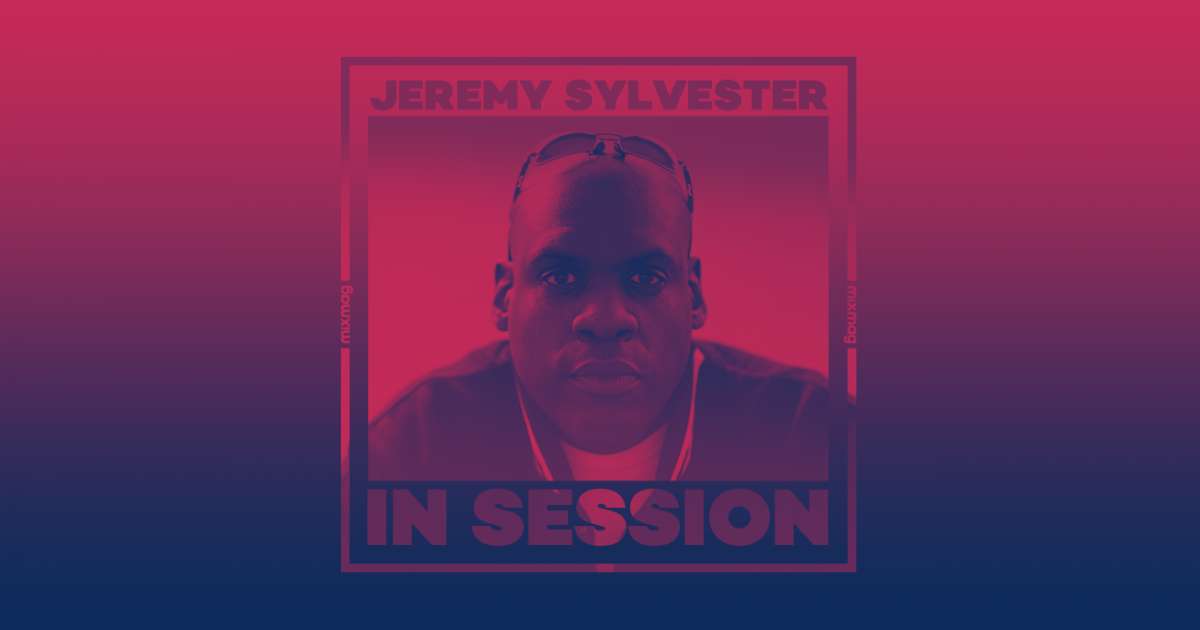 You’ve released music under many different aliases. What made you want to create new names for so many of your releases?

A lot of people ask me about this and I even surprise myself when I look in Discogs to remind me of how many aliases and songs I’ve produced over the years. My time at Nice ‘N’ Ripe was “GOLD” to me, as an in-house producer at the time, they allowed me to be myself and do what I really do. I love music and I can go in any direction musically so sometimes I can come up with cool ideas for a pretty nice and moving 4×4 house rhythm, other times I can feel in the mood to do a wobbler disgusting and disgusting garage bassline. So I can switch from one extreme to the other.

The amount of releases that we put out through Nice ‘N’ Ripe and its sub-labels, with weekly releases, it didn’t really make sense to put it all on one name because we didn’t think it would be right to ‘Flood’ the vinyl market with one-name releases. The different styles that I was producing, it made sense for marketing to drop certain styles on certain names, for example, my Deep Cover Inc the style was really a 4×4 house style with early influences from my jungle productions like Dubtronix, with a big sampling of old jungle records etc.

The stuff that I took out on the GOD Limited Series Volume 2-5 on N’N’R no longer directly focused on big basslines, big beats, big breakdowns and big buildups, some people would call it speed garage. But then you have Asylum Club on the other side of the spectrum, where we focused on using early ’90s R&B vocals early sampled from imported American vinyl records that I bought every week, and then dropping those vocals on my Rough 4×4 garage beats, which took to a more radio-friendly angle with more structure and chord progression.

So as you can see I can be pretty broad in my musical direction, so it made perfect sense to have all of these aliases in place for when I do more of these styles.

I know this has confused a lot of people, and to this day a lot of people don’t realize that I’ve made certain records unless you’re a real vinyl junkie who actually reads the credit on the record or can just say from my sound that it’s a ‘Jeremy Sylvester’ record.

I remember I was surprised when I found another garage banger and found out it was from you also, but now it’s just standard: like, yeah, sure that’s another Jeremy Sylvester alias! Do you think a lot of people realize that so many of these classic tunes are from one person?

Like I said, the various aliases / nicknames and the large amount of output didn’t help that! Recently, because of social media, and because I’ve been so active in it for the past decade or so, I’ve posted clips of various older tracks I’ve produced over the years on my Instagram, Twitter and Facebook accounts and surprising a lot of people – even the super fans who have supported me from day one, now finding that I have produced certain tracks that they had in their record collection for years. I find it quite funny, I will not lie; I sometimes had a track that was played to me by someone asking me if I had done it or not, and I had to stop and think for a second, or wait until the drip or something, and I almost forgot I did it! This doesn’t happen very often, but it does! I call these years my â€œRINSE YEARSâ€. I was on a roll singing tunes left, right, and center in the late 90s, early 2000s.

You founded many pseudonyms while working with Nice ‘N’ Ripe, how important was your relationship with this label in your career?

Working with such an influential label as Nice ‘N’ Ripe with their huge stable of talented British producers whom I respect and admire was so important to me. I came to N’N’R as a fan also as a producer, so for James [Cylne] and Georges [Power] loving my music back then for me was a big deal.

My links with the label still serve me well today and made me discover so many people with whom I still work or with whom I am still friends today. It was part of the foundation of my sound, and the label itself has become a benchmark for many record companies to this day, so I’m pretty proud to have come through that time. Much more has happened since then, but I will never forget my time on this label.

I have created a huge catalog of music which I am happy to say own most of the copyright, which has allowed me to work my catalog over the years with rework, re-releases and various albums from compilation that I created. set up with my old tracks via my own label Urban Dubz Music.

I also have a huge collection of unreleased music that never saw the light of day, not released for some reason, most likely because I already had so much other music not to flood the market. I have also made various mixes of songs that have not quite made an official release with digital MP3, USB and vinyl outputs via my Band Camp and distributed in the main stores. In fact, I still find DAT tapes with my music to this day, which is always an exciting moment when I listen to it to remember what planet I was on at the time.

Despite so much success under your belt, you don’t seem to be mentioned in the same breath as canonized UK DJs like MJ Cole and Artful Dodger, which Conducta brought up in his DJ Mag interview – he blamed it on industry whitewashing of the stage and black performers not getting the same dues as their white peers. Is this something you agree with? Do you think your contributions to the British garage have been respected enough?

To be honest, I would have to agree with a lot of what he said on this. I’ve been fully aware of this for many years, but never talked about it, and I often wonder how much more I need to do to get the kind of credit I think I deserve in this business with my music. But I’m naturally very optimistic, the go-getter type that’s very driven, so I can’t afford to let that sort of thing affect me with my focus – and it was, and is, just doing what i love and make good music.

I guess that’s why I worked so hard to try to be an independent operator, run my own ship, own my back-catalog, release my own music as I wanted, and in doing so, I created a pretty big fanbase from all over the world who have supported me for many years with my music.

I have often thought about some of the collaborations I have had in the past, for example with my “white friends / production partners”, we seemed to generate more attention “within the industry” rather than publicly, compared to if it was just me. But then again I tried not to pay too much attention to it otherwise if it affected me I probably wouldn’t make music and would have packed it a long time ago … My old man (RIP) has always said from the start, OWN your music, build your music catalog and you’ll be fine.

But yes, I feel like I haven’t been fully respected despite the amount of work I’ve produced over the years, but that is all about to change. Social media has a lot to do with it, and my story will and is told at my pace and at my choice, and people won’t be able to ignore it.

Read next: NUKG: Conducta is building a sustainable future for UK garage

Artists like Conducta and his Kiwi Rekords crew is part of the nu-skool of British garage artists, who often take care to elevate their predecessors and forge their own path in the genre. What do you think of the British garage being made these days and the artists’ approach to culture and sound?

I’ve been a huge Conducta fan for a little while now. I discovered him a few years ago through his label / management, and at the time they wanted me to work with him. You can hear he’s been influenced by people like me and others within his music, staying true to the roots and origins of the British garage sound, but as you say, making his way in his own way.

My ears are always firmly glued to the ground when it comes to new music, so I’m very aware of what’s going on on the stage, watching the emerging producers coming from DJ Perception that I’m a huge fan of. de, Highrise, MPH, DJ Q, Swindle, Preditah, Tuff Soul, Timbawolf among many others.

The future is bright and it’s great to see people like them carry the UKG torch to the next generation. If I’m being honest I don’t really like this separation between old skool garage and bare skool garage, never really understood why.

I mean, you never see that in other genres, maybe maybe old skool jungle and n’b, but for me, the garage is the garage, the house is the house , hip hop is hip hop. From a marketing standpoint I understand to some extent, and maybe because of the negative connotations of early UKGs with all the club issues surrounding it, I guess that was the thought behind it. I don’t know, but at the end of the day he still lives and is still going strong, so that’s the bottom line.