Don’t Overhaul the US Bankruptcy System 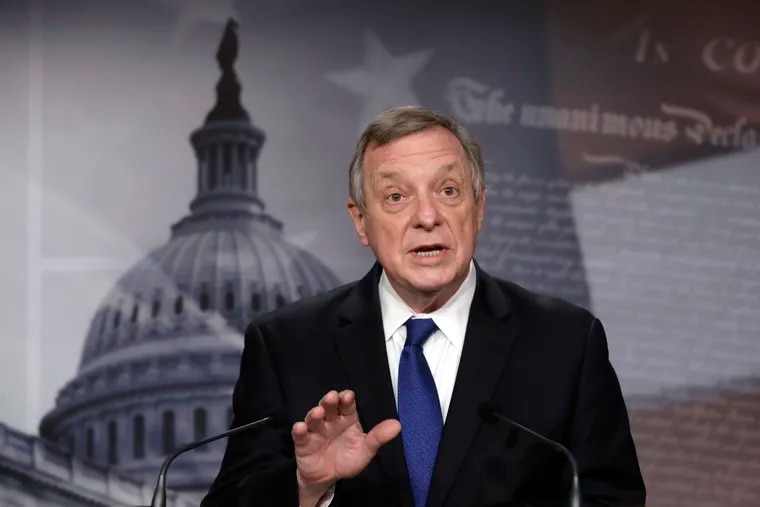 Senator Dick Durbin of Illinois is spearheading an effort to remake the US bankruptcy system. He says his goal is to Ban “Texas Two-Step” — a way to reorganize an insolvent company that a handful of companies have used to manage costly litigation. According to Durbin, this strategy represents a flagrant abuse of bankruptcy law.

But bankruptcy is not the national crisis it claims to be, and his bill to overhaul the entire bankruptcy process is an overreaction.

This “Texas two-step” procedure has been used only a few times. In practice, it looks like this: a group of individuals who claim to have been wronged in the same way, by the same company, sue that company in what is called a mass crime. In response, the sued company transfers its responsibilities to a new, separate company – this is the first step. This new company then files an application Chapter 11 Bankruptcy, effectively halting all tort suits already in progress – this is the second step. From there, the bankrupt entity can establish a relationship of trust funds to compensate victims, without resorting to the more expensive and time-consuming process of tort litigation.

Depending on who you ask, this strategy is either a misuse of Chapter 11 bankruptcy law, a reasonable way to manage a company’s legal liabilities, or something in between. Either way, it’s certainly not frequently used.

In fact, companies have only used this procedure as an alternative to litigation a few times. In 2017, stationery Georgia-Pacific used in a case involving exposure to asbestos. Last year, a healthcare company Johnson & Johnson adopted him in a case involving his talc products.

This last example has angered Senator Durbin. From the senator’s rhetoric, one would assume that this two-step process happens all the time with companies and that its main purpose is to avoid compensating plaintiffs. But this is not true.

In fact, Johnson & Johnson has proposed a $2 billion settlement trust funds for the plaintiffs in this case. The tactic is completely legal under Texas law — hence its name — and in a number of other states.

And it avoids jury jackpots that could put a business out of business and its employees out of work.

All of this begs a question: If Texas two-step isn’t common, illegal, or a major threat to the rights of tort plaintiffs, why are some lawmakers determined to eliminate it? Because he poses a particular threat to a particularly powerful constituency: litigators.

These attorneys make a living by extracting massive payouts from corporations in jury trials and then keeping a large percentage of those settlements for themselves. Typically they pocket a third of the total price, but their fees may be much higher, depending on the case.

“Texas Two-Step” avoids this type of litigation and diminishes the role — and potentially the payday — of plaintiffs’ attorneys as a result. It also allows bankruptcy judges to decide what kind of damages will fairly compensate everyone, rather than a jackpot jury prize that may only compensate a few while putting a business out of business.

Threatened by this possible loss of windfall profits, the litigators’ lobby does everything in its power to put an end to this procedure, despite the fact that it is infrequent, legal and often a better alternative to litigation. Their lobby is powerful, with many allies bought and paid for on Capitol Hill: a new report by the Alliance for Consumers found that just eight large, trial-focused law firms collectively gave $15 million in political donations to federal candidates from 2017 to 2020. Ninety-nine percent of that spending went to Democrats like Durbin.

In short, the campaign against this type of corporate restructuring is not about protecting our legal system from abuse. This is to protect the bottom line of litigators.

Certainly, there are many ways our legal system could be fairer. But any effort to reform the tort process should benefit the real victims of wrongdoing — not the trial attorneys who profit from the misfortune of others.

Jim Cawley served as Pennsylvania’s 32nd lieutenant governor from 2011 to 2015.