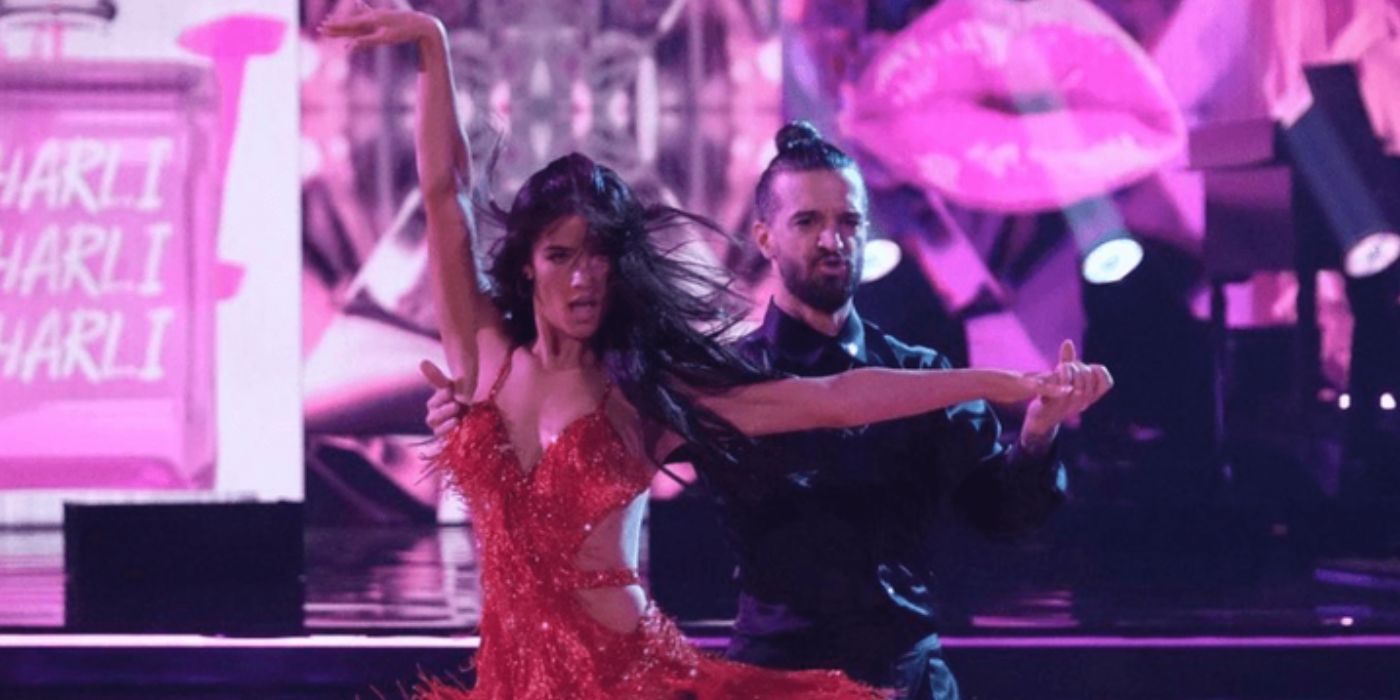 Dancing with the stars pays tribute to Elvis Presley, with an entire night where celebrities dance to his music, and the songs and dance styles have been revealed. DWTS Season 31 premiered on September 19, debuting on Disney+ after airing for 30 seasons on ABC. Other themed evenings for DWTS season 31 includes a Michael Bublé party, where the singer will perform and serve as a guest judge; a Halloween night; and a new Disney+ party.

Sixteen celebrities performed at the DWTS season 31 premiere, with TikTok star Charli D’Amelio and her partner, Mark Ballas, earning the highest score, a 32 out of 40. jerseyshore Star Vinny Guadagnino and his partner, Koko Iwasaki, had the lowest score of the first, scoring a 17 out of 40, but they were safe from elimination. The final two after the premiere based on a combination of judges’ scores and viewer votes were The Real Housewives of New Jersey star Teresa Giudice and her partner, Pasha Pashkov, and sex and the city actor Jason Lewis and his partner, Peta Murgatroyd. Jason and Peta became the first couple eliminated from DWTS season 31.

Related: All Dancing With The Stars Week 1 Rankings

In a tweet, Desiree Murphy of page 6 revealed all songs and dance styles for DWTS‘Elvis night. The remaining 15 couples will pay homage to Elvis through ballroom dancing. Elvis Night’s dance styles are Jive, Viennese Waltz, Tango, Foxtrot, Quickstep, and Rumba. Four couples dance the Jive: Wayne Brady and Witney Carson, dancing to “Burning Love”; Selma Blair and Sasha Farber, dancing to “Jailhouse Rock”; Daniel Durant and Britt Stewart, dancing to “King Creole”; and Teresa and Pasha dance to “All Shook Up.” Four couples take the Quickstep, with Vinny and Koko dancing to “Viva Las Vegas,” as well as Jordin Sparks and Brandon Armstrong, dancing to “Hound Dog”; Charli and Mark, dancing to “Bossa Nova Baby”; and Shangela and Gleb Savchenko, dancing to “Shake, Rattle and Roll.”

Jive and Quickstep are the two fastest dances, so naturally a few couples will perform slower dances including Viennese Waltz, Foxtrot and Rumba. Sam Champion and Cheryl Burke will dance the Viennese Waltz to “Heartbreak Hotel,” while Gabby Windey and Val Chmerkovskiy will dance to “Can’t Help Falling in Love” in the same style. Joseph Baena and Daniella Karagach will also perform a Viennese waltz on “If I Can Dream”. Two couples will dance the Foxtrot: Heidi D’Amelio and Artem Chigvinstev, dancing to “Suspicious Minds”; and Jessie James Decker and Alan Bersten, dancing to “Trouble.” Trevor Donovan and Emma Slater perform rumba on “Always On My Mind”. Finally, Cheryl Ladd and Louis Van Amstel will dance to “A Little Less Conversation”, performing the only Tango of the evening.

There’s a lot to look forward to when all 15 couples pay their respects to Elvis in DWTS season 31. Higher-rated stars including Charli, Wayne and Gabby will have to prove they’re contenders with their dances, while lower-rated stars like Vinny, Teresa and Sam must work to redeem themselves. A couple will be eliminated at the end of the night, and given the strength of the first, DWTS season 31 will be biting all season long.

Dancing with the stars airs Mondays at 8 p.m. EDT on Disney+.