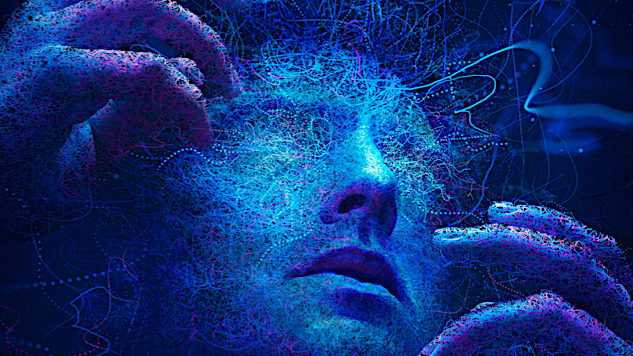 LegionThe second season of kicked off in early April and garnered critical acclaim, and the series has steadily followed a path of fascinating perplexity, much to the delight and intrigue of fans and critics alike. Part television show and part visual, artistic installation in movement, Legion is an unprecedented TV experience in the modern era of premium TV experiences on the small screen. Although the second season is halfway over, we are more than proud to present an exclusive song from the Legion Season two soundtrack, which will be released digitally on May 25 via Lakeshore Records.

Composed by Emmy- and Grammy-nominated musician Jeff Russo, â€œDance Battleâ€ is a gripping five minutes of dense and disparate industrial electronics that slowly evolve into more string-infused rhythms that move back and forth between synth and string. Eventually, these jarring soundscapes merge into a cacophony of catchy compositional prowess that both draw the viewer into the tonal moment of the show while still leaving them enough space to admire the music itself.

Russo has become an important and sought-after composer, arranger and songwriter in the film and television worlds, and his work can be heard in FX’s own. Fargo, Netflix Altered carbon and the HBO Golden Globe-nominated miniseries The night of. He is hired to score two upcoming films, John Avnet’s Three Christs and Craig Macneill Lizzie, and he still plays music with his rock band, Tonic.

Listen to â€œDance Battleâ€ below and pre-order the album through iTunes.