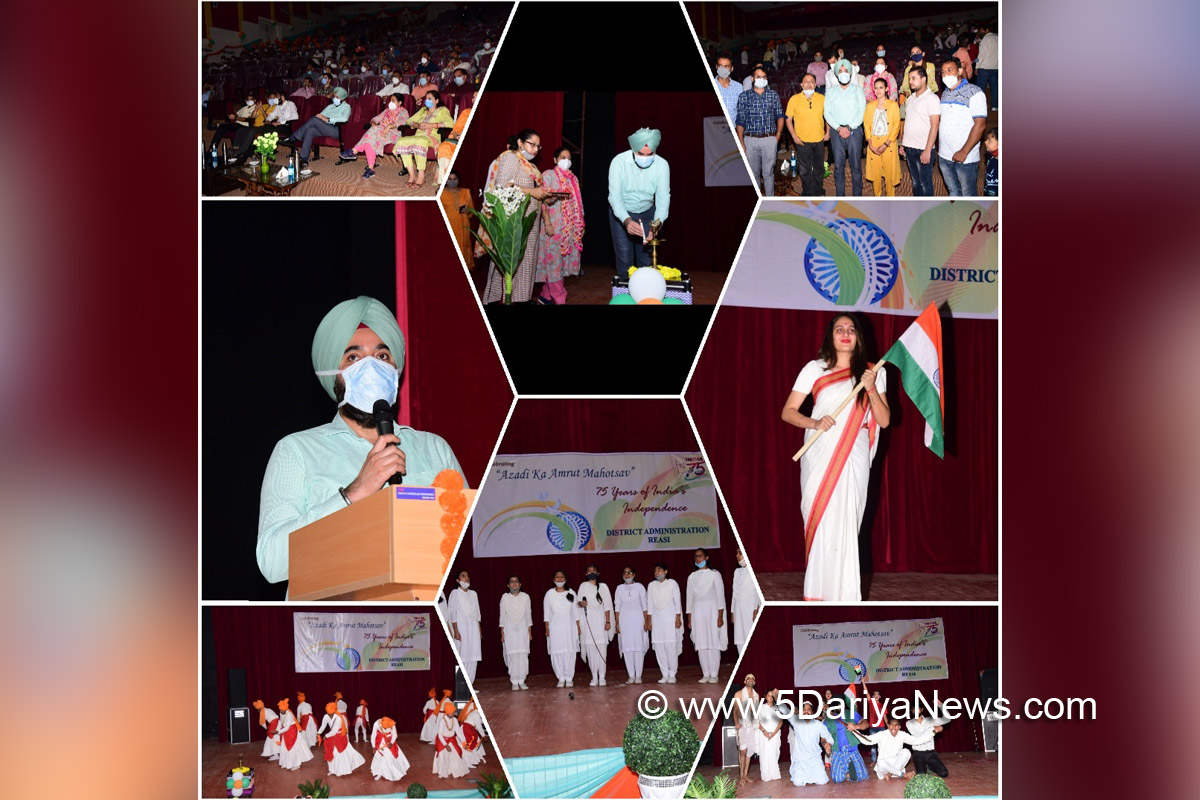 As part of Azadi Ka Amrit Mahotsav, the Reasi district administration organized a colorful cultural program here at the Auditorium that included folk dancing and music, patriotic acts, skits on social themes and the message regarding various government programs. Deputy Commissioner Charandeep Singh was the main guest. The program began with the lighting of the traditional lamp by DC in the presence of the Additional District Development Commissioner Jyoti Slathia; ADC Abdul Star; CPO Sunita Kanchan; ACR Sanjay Badyal; DSWO Gulshan Kumar and all the other district officers. The cultural program started with a patriotic song presented by girls from GGHSS and was followed by a recitation of patriotic poetry on the theme “Hmme mile Azadi veer shaheedo ke balidan sei” by Tannu Devi of Kambaldanga High School. “Aao chaliye Anganwadi” sketch by ICDS workers with a slogan “Sehat Roshan Desh Roshan” and a nukkad natak highlighting the sacrifices of the freedom fighters and the sense of “unity” through which India has achieved freedom, was presented by artists from Swarn Kala Sangam which was greatly appreciated and applauded by the audience. A Sufi gazal presented by singer Chaman Lehri and dance and patriotic songs by specially disabled children from Muskan Charitable Trust, Katra and a melodious Dogri tribute to legendary poet and writer Dogri, Padma Sachdev by singer Chaman Lehri also fascinated all the public. The children of the Presentation Convent School presented a dance performance to patriotic songs. The program was widely applauded by the public. The DC particularly appreciated all the artists, specially disabled children and Kud artists from the remote Bhoomag area. He congratulated them for preserving their culture.