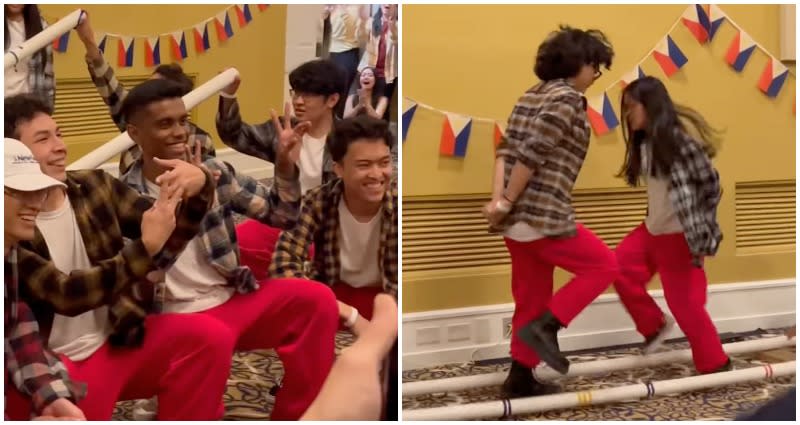 A “Gen Z” performance of a traditional Filipino folk dance by students at the Georgia Institute of Technology has gone viral on social media.

The university’s Filipino Student Association performed a modern interpretation of the folk dance “Tinikling,” the national dance of the Philippines, for a cultural event on April 16.

The group’s performance, which was downloaded on Facebook on April 18, has garnered over 6 million views and over 100,000 shares to date.

The “Tinikling” folk dance originated during the Spanish colonial era in the Philippines. These are bamboo poles that are rhythmically tapped on the ground and banged repeatedly as the dancers move between the poles. Footwork-focused dance moves include jumps, jumps, and leaps.

Traditionally, the folk dance is performed to rondalla music, which is a string instrument ensemble which was introduced to the Philippines in the 15th century by Spain.

The students, however, developed their own take on the fast-paced dance to Lil Nas X’s “Dolla Sign Slime.”

The performance was choreographed by Ethan Ray, the lead dancer seen in the video, who created the piece for the “Halo Halo Mixer” group, organized to introduce Filipino culture to college.

“We served Filipino food (including Halo Halo) and performed traditional Filipino dances (tinikling, cariñosa, pandanggo sa ilaw) as well as modern dances which included a modernized version of tinikling,” said Erin Floresca, co- vice-president of the association. Told When in Manila. “Through this event, we wanted to expose Filipino culture at our university, which we felt lacked meaningful Filipino representation.”

The true legend of Khutulun, the undefeated wrestling princess of Mongolia