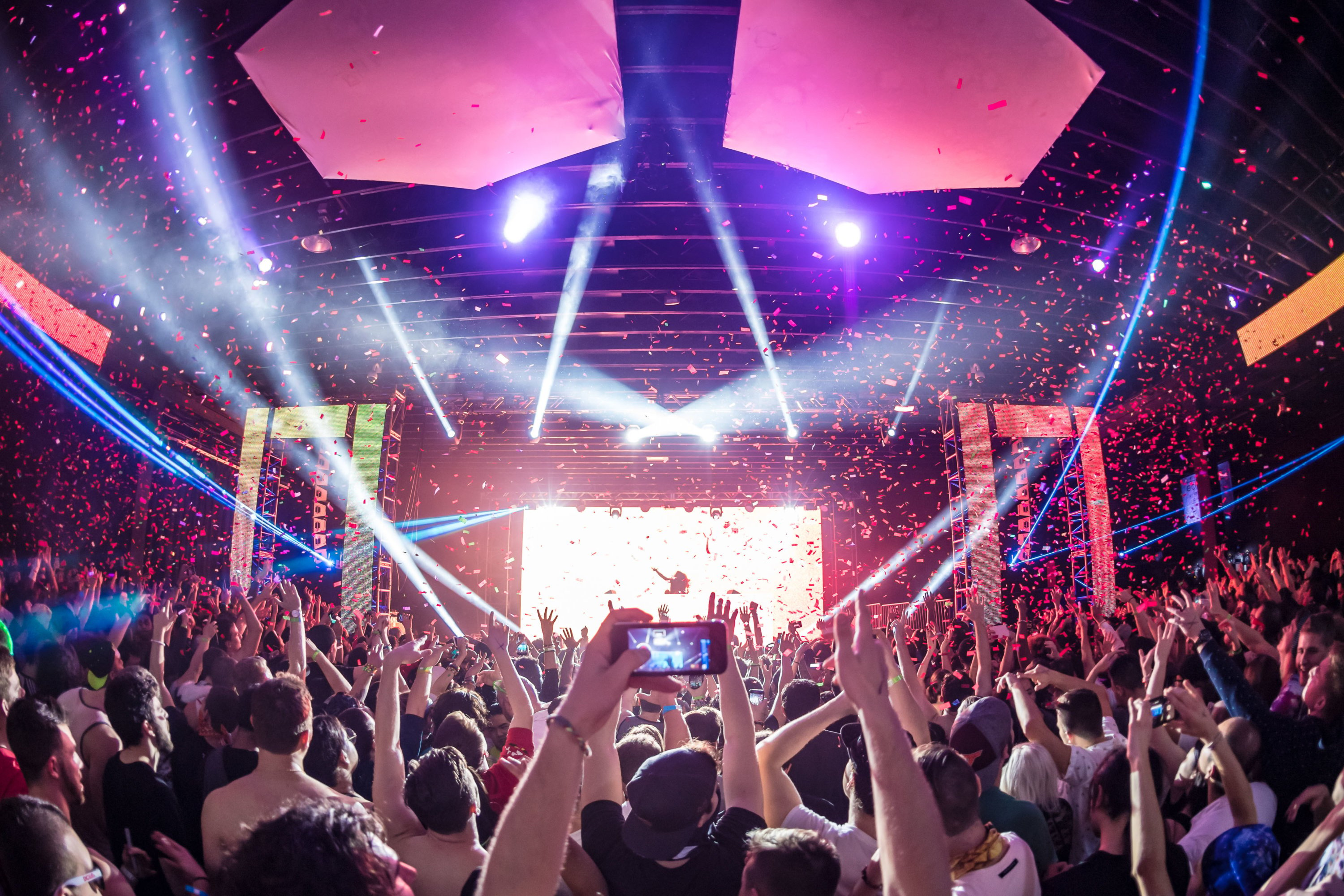 Pete Kalamoutsos was heading to a Greek restaurant in Rockville with his friend Tiësto, a Dutch DJ who was on the verge of world stardom at the time. It was 2003 and Kalamoutsos was running a dance music event company, Club Glow, while working in town as a DJ. In the car, Tiësto asked a question that would fundamentally change the life of Kalamoutsos – and also the DC music scene: “What do you want to do? Do you want to be a superstar DJ or a superstar promoter? You can’t do both. Kalamoutsos thought about it and decided that Tiësto was right. “Whatever you do in life, you have to do it 100%,” he says now. “You can’t do it halfway.” So he decided to give up DJing and focus on the business side of things.

It would take another nine years, but that moment of clarification culminated in Kalamoutsos establishing Echostage, the 30,000 square foot club in northeast DC that is now recognized as one of the premier venues for music not only in the district but on the planet. Last year, DJMag named it the best dance music club in the world.

Today, Kalamoutsos hopes to raise the profile of DC’s dance music even further. In collaboration with the Californian promoter Insomniac, he organizes a big two-day festival on April 30 and May 1. Dubbed Project Glow and held on the grounds of RFK Stadium, the event will feature veteran global electronic artists like Above & Beyond, popular American DJs like Diplo, and up-and-coming talent like John Summit. (Insomniac bought Echostage in 2020, though Kalamoutsos still runs day-to-day operations.)

Balding and even-tempered, Kalamoutsos doesn’t look like a high-flying nightlife impresario. The child of Greek immigrants, he grew up in Rockville and regularly visits his family in Greece, where he was exposed to the European dance music scene of the early 90s. He later became convinced that a version of these clubs could be replicated in the Washington area, with its abundance of students and large international community. That hunch was right: Echostage opened in 2012 and quickly attracted the kind of stars – Avicii, David Guetta, Skrillex – more typically found in New York, Las Vegas and Miami. Why has it gained such a passionate following in the district? It’s a place where the strobe lights aren’t just red or blue. “When I look at the crowd, it’s black, white, rich, poor, gay, straight, Republican, Democrat, whatever,” Kalamoutsos says. “They want to let loose at the weekend. You go through the [doors] and you’re like, ‘I’m here.’ ”

This article originally appeared in the April 2022 issue of The Washingtonian.