Getting into dance music, working with LEILAXMAREK and more 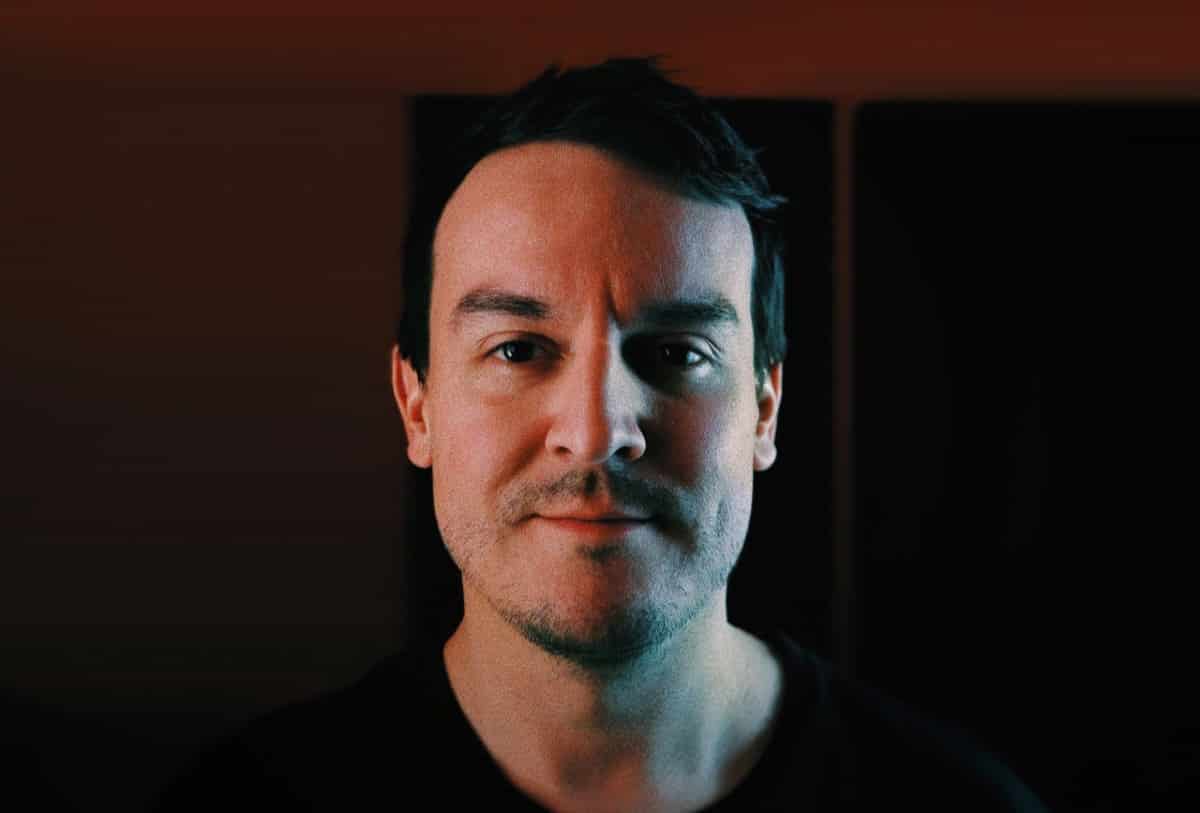 A world explorer born in Bogotá, Colombia, and based in Miami; MIICHII expresses his love for music through organic, electronic and melodic sounds.

A former resident DJ of Behrouz’s own “Do Not Sit on The Furniture”, MIICHII has also traveled the world bringing his sound to places like Burning Man and sharing the stage with Behrouz’s Nikes, Serge Devant, Nico Stojan, Armen Miran , Viken Arman and Atich.

THE – Welcome to THE Music Essentials! How are you, what’s good and bad in your world?

MIICHII – Everything is fine! I just got back from Toronto. I went there to produce music with my friends LEILAXMAREK, as well as the talented singer Taylor Moreau. Lately I’ve been very interested in collaborating with musicians and producers, so this trip to Toronto was inspiring and luckily I was able to record some cool musical ideas.

Now I’m back in my studio in Miami finishing up more music and other exciting projects I’ve been working on. I am very happy to share many ideas that I have developed as well as new collaborations with close producer friends.

LA – Tell us about your entry into dance music in Colombia?

MIICHII – Well, I’ve been a musician since I was a kid, and I’ve been producing pop music since I was 16, shortly after moving to Miami from my home country of Colombia. After producing pop music for so many years, I realized that the genre didn’t satisfy my creative approach and vision, so about 6 years ago, at the age of 30, I decided to completely switch to electronic music production, a decision that completely changed my life and gave me so much creative freedom and vision.

I remember first trying different genres and styles in the field of electronic music, but one day I discovered a style of electronic music that I completely fell in love with. This style of music which had so many ethnic and organic elements combined with deep house grooves invaded my mind, so I decided to fully blossom and get inspiration from artists of the genre.

Artists like Armen Miran, Kora and Hraach were my first influences. I remember listening to all their music and trying to understand their approach to music production. Even to this day, I admire their sound so much and admire their artistry.

Not only was I obsessed with producing this type of music, but I also loved the idea of ​​being able to DJ and present musical experiences to an audience, an idea that also influenced my decision to get into the business. electronic music industry.

THE – Tell us about your new release on WAYU Records. What was the inspiration?

MIICHII – LEILAXMAREK came to my studio in 2020 to produce a new electronic track. The recording session had so much pace and great ideas kept coming from all of us. At the start of the session, we created a piano chord progression and some arpeggio ideas in a Moog synthesizer, which became the basic idea for “Someone”. Soon after, the musicality of this session inspired me to write lyrics and create a vocal melody.

The lyrics were inspired by the time of transition where our souls break free from the shackles placed by our own created limitations. It describes times when we as humans decide to let go and explore new chapters and places in life, not forgetting the essence of who we were and times when we struggled to try to to be someone.

I’m so happy with how the song ended up sounding, and I’ll never forget that first day in the studio with LEILAXMAREK. Without their initial musical inspiration, this song would never have existed.

I’m also very happy to have been able to invite my Colombian friends Giovanny Aparicio and Kamilo Sanclemente to this EP! They did an amazing remix of “Someone” under their duo name “GIOKA”.

LA – How did you get involved with LEILAXMAREK and why?

MIICHII – I met LEILAXMAREK at Burning Man 2018. We immediately had chemistry and quickly bonded throughout that week in the desert. Since then, we have continued to see each other and developed our friendship to the point where we now consider each other family. I’ve always been inspired by their musical vision and the way they saw this industry, so naturally I wanted to collaborate with them in any way possible. They both have so much talent and passion for music, so it was a logical decision to sit with them in the studio.

THE – Do you often have a concept behind the songs you compose? Does it help creatively?

MIICHII – Over the years, I have always changed my approach to music production. Sometimes I would decide on a concept in my head and try to imprint that concept into the audio as faithfully as possible, but sometimes I would randomly experiment with grooves and sounds that over time took shape. in a new concept.

Lately, I’ve realized that the best approach is to focus on the musicality of a track first. This means starting with the melodic composition by considering the groove and other elements as secondary first. Once I have a satisfying or logical musical idea, I let that musical composition dictate the type of elements to add to that initial concept.

This is also true when producing a Live Set. I remember last year I composed an hour-long Live Set that I did for the first time at a Soundtuary party here in Miami. My goal was to tell a musical story related to this entire hour. I couldn’t have accomplished this Live Set if I had worried about rhythm and grooves first, I knew I had to compose a logical musical story using piano and vocals in order to make sense of the together.

I learned that I should let the music evolve slowly and dictate everything, instead of forcing concepts, mixing styles and sounds into a track. I would say that the concept behind each of my tracks is the idea of ​​considering music as a living organism that always generates harmonic content that I receive as musical suggestions.

LA – Who did what in terms of production? Did you take care of any parts?

MIICHII – LEILAXMAREK created the initial musical idea that you can hear in the form of a piano chord progression. They also experimented with arpeggio ideas in the Moog synthesizer which you can also hear at certain sections of the track. Leila then added her voice as a background melody which accompanied my voice well.

Later, I set out to refine all these ideas, arrange the script and finally mix and master the track. Oh, and I also added the electric guitar which is definitely my favorite element in the song 🙂

THE – What equipment do you use in the studio and is it important to you?

MIICHII – Over the years I have experimented with several pieces of equipment and instruments including Moog analog synthesizers, the Ableton Push 2, electric guitars, MIDI keyboards and condenser microphones for my vocals.

Each piece of equipment has always inspired specific musical ideas depending on the tone it brings, as well as the musical structure around which it is designed. For example, during the pandemic in 2020, I experimented a lot with a Moog Sub 37. This synthesizer is designed in such a way that I can create sounds very immediately, allowing me to instantly focus on melodic ideas without having to dig too much into sound design at first, and later I was able to go back and design unique sounds long after the ideas were printed in MIDI language inside the computer. In a way, I was drawn to the idea of ​​being able to use today’s digital technology with classic analog synthesis.

Today I switched to producing everything inside the box. Although I enjoy playing the piano, I currently use it more as an instrument to clear my mind and get inspired, rather than a direct tool for composition. Over the past two years I’ve become obsessed with communicating directly with the production software, which means that any musical ideas I have in my brain are instantly written out in MIDI using my mouse.

THE – How important is racial and gender diversity in dance music, on line-ups, on labels, in backstage jobs?

MIICHII – When it comes to any kind of diversity, our only job as industry professionals is to see people for who they are on the inside, their character, their skills, and their passion.

LA – What else do you have coming up?

MIICHII – Well, I have several projects that I have been developing for two years!

One of them is the creation of a mixing and mastering process that shows producers, step by step, how to achieve a satisfying end result in their music, by properly managing dynamic balance, tonal balance and competitive volume without compromising the dynamic range and integrity of their music. to mix together!

Another is the launch of my label ANDANZA with a new upcoming Melodic Techno EP by talented German producer Adrian Schneider! I am very excited about this new record label as I will be able to organize music and help emerging artists as well as established artists who want to release music in the melodic techno genre.

And I also have 3 remixes coming out soon for Mustafa Ismaeel & DANTE (Mirrors Toronto), Wassim Younes (Camel Riders), and Adrian Schneider under ANDANZA!