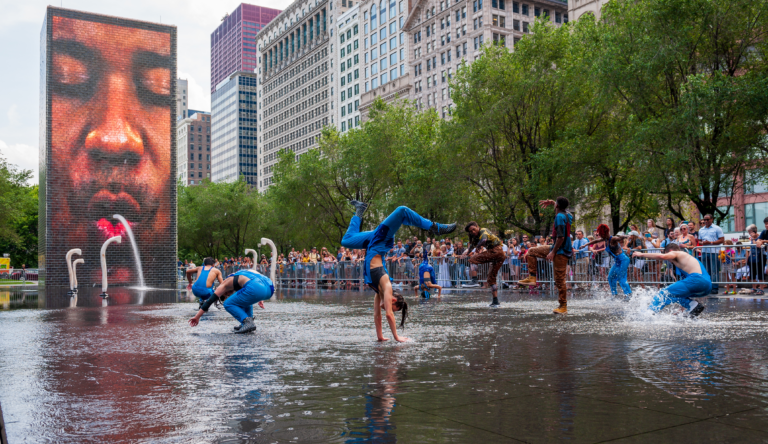 This post was originally posted by Block Chicago Club.

Footwork is both a style of music and a style of dance, and they have gone hand in hand since their inception on the West Side.

Footwork evolved from house music and the solo dancers of the genre. A dance move that came out of the West Side in the 80s is called the Holy Spirit, and it’s designed to make it look like the dancer was being overwhelmed by the spirit in church – and dancing to the music. at 160 beats per minute, according to South Side Weekly.

This particular move caught the attention of house dance crews on the South Side, particularly House-O-Matics. They took the dance and added side-by-side moves, evolving the style.

In the 90s, electronic musician RP Boo created music to accompany the hyper-fast and repetitive dance style, which is now known as footwork music. Today, dance and music are best known for dance battles, with tracks designed to shake up fellow dancers.

Born in Englewood, the Cha-Cha Slide wasn’t meant to be a dance freak at all. It was created by DJ Casper as a fitness routine.

Casper’s nephew worked at Bally’s Total Fitness and wanted to teach something new in 1999, according to WTTW. He asked DJ Casper to come up with something, and the result is the stomp, jump, and cha-cha of the Cha-Cha Slide. DJ Casper put music on it and people started asking him for copies of the song. The following year, radio station WGCI picked it up; in 2004, it reached the Billboard Top 100.

“The best part of the ‘Cha-Cha Slide’ is that you don’t need lessons, you don’t need rhythm – you can just follow along. … Sometimes special can mean simple, and when simple means you can connect with the human spirit…that’s in a league of its own,” V103 radio personality Glenn Cosby told WTTW in 2018.

If you like romantic music and the South Side, you’re already immersed in the origin story of Steppin’.

The dance style emerged in the 70s, pioneered by Black Chicagoans on the South Side who were already dancing to a style called The Bop. Bop, popular in the 1940s and 1950s, featured a pair of dancers gliding across the floor as if they were ballroom dancing. Steppin’ is just as slow, but the dancers separate and seem to be walking towards each other.

“Well, I had a friend of mine who was dancing, and he would separate himself from his partner and he would kind of come back…walk towards her. It was as if he was walking. So I kept saying steppin’ and steppin’, and the word steppin’ got around,” DJ Sam Chatman, the man who coined the name of the dance, told ABC in February. “The rest is history!”

During and after World War II, surges of Polish immigration to Chicago led to the formation of Polish Broadway in the 1950s. It was a stretch along West Division Street – notably in the neighborhoods of Wicker Park and Bucktown – with a high concentration of Polish residents. Polka bars dotted the street, full of live music and dancing. From there emerged the Polka Hop.

Polka Hop is a slower version of the frenetic Eastern-style polka dance, and it includes a small hop between steps. Local polka musician Little Wally Jagiellon was the source of his invention.

Creation of Jagiellon Chicago Polka Dot – which features slower music, fewer musicians and more improvisation – to appeal to Polish Americans – and to keep customers in bars and drinking longer. The music gave the dancers a chance to move a little slower and add that signature leap.