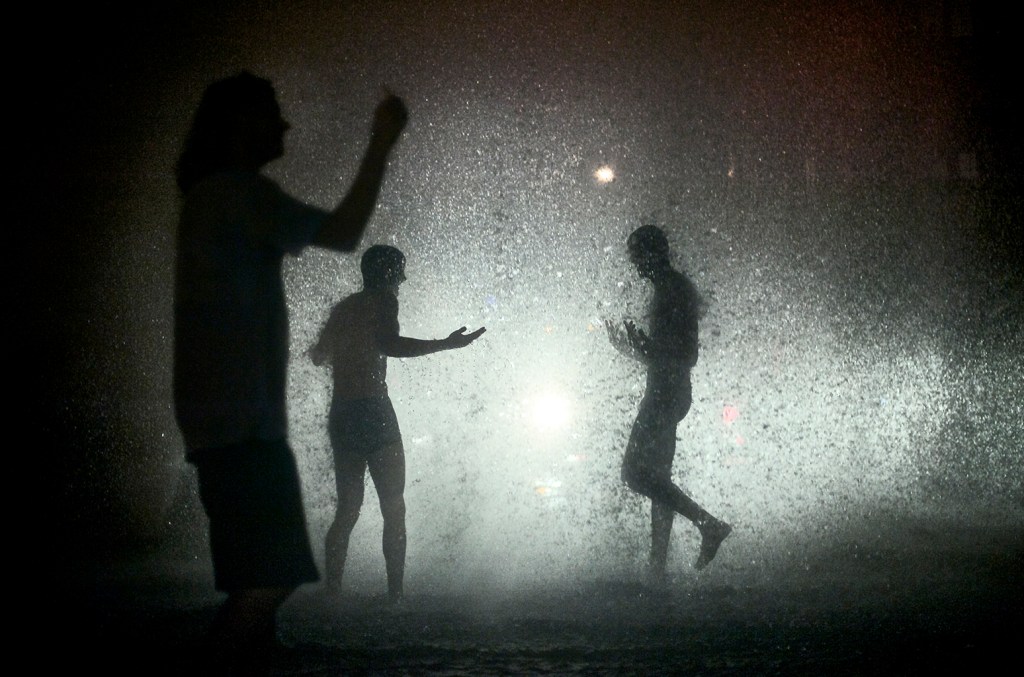 A faint story emerges from the wreckage of Hurricane Harvey. While the storm damage in Texas is no joke, a man found the silver lining in his heavy clouds.

Deandre Wilson of Austin, Texas, filmed himself dancing in the puddles that formed in the streets of his neighborhood. He walks in hard without his shirt, collecting the rain for a special effect. He posted the clip on Twitter, and soon after, other Texans joined in the action.

It is not always safe to dance in hurricane puddles. Water can hide power lines and conduct electricity, so be careful. Fortunately, no one was hurt while filming these bad dance moves. Hurricane Harvey did a lot of damage, however. You can help those in need by donating to the American Red Cross. In the meantime, get inspired by these sick dance moves.

TELL YOUR COUSIN IT’S ON !!!!! DOUBLE OR NOTHING !! pic.twitter.com/qiYaTG57Lv