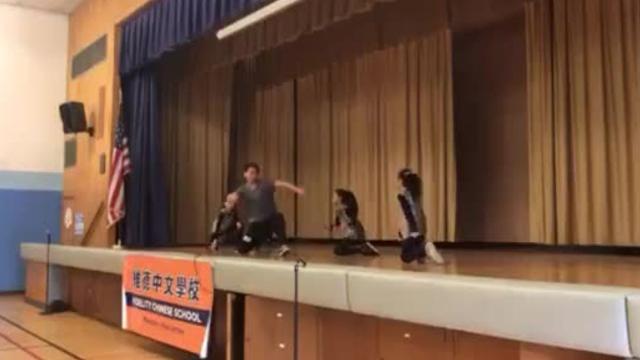 While all of his friends went to college, Willie Liu stayed on to perfect his hip-hop moves and compete in dance competitions.

He practiced in a dance team. He sometimes taught in his mother’s dance studio, where she gives jazz lessons. Then one morning, his mother said to him: get dressed, you are going to the Fidelity Chinese school in Marlboro.

â€œHonestly, I had no idea,â€ he said. “I woke up one morning, and they said you were going to work.”

Liu wasn’t sure what to expect from the Marlboro Cultural and Linguistic School. It’s unusual for a Chinese school to hold hip-hop classes, and he said his own parents initially rejected the art form as a career choice. But after months of sweat, tears, and the occasional candy kickback, he and his students made a place for modern hip hop dance in the Chinese school’s repertoire.

â€œWe didn’t think embracing hip-hop was a deviation from our traditions but rather a way of bridging the traditional culture of the past with the modern culture important to our young people today,â€ said Suzie. Tam, principal of the Fidelity Chinese School.

Liu and his hip-hop class performed at Robertsville Elementary School in Marlboro last week to celebrate the Lunar New Year. Check out their performance in the video above.

Hip-hop is not just a style of dance, but an artistic movement that developed in the late 1960s and 1970s in the South Bronx. African American and Latino residents have created various movements such as break dancing and popping.

Liu turned to hip-hop because he was shy. He said he felt uncomfortable in high school and wanted to come out of his shell.

â€œI was on the internet and I was watching these dancers called Les Twins. I showed my mom and said, ‘I think I could do that,'” he recalls. â€œMy mom said, ‘No you can’t.’ “

So he tried to prove to her that she was wrong.

Liu locked himself in the basement every night after school, watching video tutorials and practicing the basic movements. Months went by and he refined the techniques to make it a style all his own.

â€œI like to take street hip-hop and make it a little more elegant, more classic,â€ he said.

The following year, he performed in public. He joins a hip-hop dance team, where he trains with 20 to 30 people.

He didn’t make it past the qualifying round, but it gave him a chance to network and get some feedback.

Then he joined the Chinese Fidelity School – at his mother’s insistence.

â€œMy mom never thought it could be a job, but she knew I was really good at it,â€ he said. “She was the one who told me I was good at it, and I always rejected him because I was really shy.”

There he joined his mother, Cynthia Liu, who teaches jazz. Her grandfather, Zhiying Ma, teaches traditional dance at school.

â€œYou would assume that since it’s the same family, they would have the same structure and the same techniques,â€ Tam said. “It really shows the generation gap. It’s nice to be able to have that (the diversity).”

â€œWe incorporated more modern dance this year because that was some of the things the students were interested in,â€ Tam said.

As hip-hop moves away from traditional dance, Tam says it’s worth exploring hip-hop at a time when the Asian community is embracing other contemporary genres such as K-pop (or Korean pop).

Liu now explains her moves to students Kaylee Gordon, Lea Lai, Alicia Lo and Carolyn Luo on Saturday mornings. They have taken traditional and jazz dance lessons before, but hip-hop is new to them.

“I’ve been playing for two years,” said Lo, also in third grade at Robertsville Elementary School. “I like that you have activities after school because you can see your friends.”

The hip-hop students spent two weeks practicing the routine they performed at Robertsville and the David C. Abbott Learning Center in Marlboro for their annual Lunar New Year performance.

The skits ranged from hip-hop and Chinese yo-yo to the traditional dragon dance in honor of the Chinese New Year. The dragon dance, originally intended to promote good weather and harvest, exemplifies the dragon’s search for knowledge and wisdom, Tam said.

â€œWhat they can do is just amazing,â€ Robertsville manager Dave Stratuik said of the performance. He said he liked that his students could learn more about Chinese culture and customs surrounding the Lunar New Year.

Liu performed a solo on the song “Broken People” by rapper Logic and singer Rang’N’Bone Man. The elementary students watched him slide across the stage and drop to the floor.

He said he hopes the performances will spark the interest of students and parents who have preconceived notions about hip-hop.

â€œA lot of people will be skeptical about this and people won’t want to join,â€ Liu said, â€œbut maybe in a few years if I’m still teaching people will say it’s not that bad. “