Nii Tei had always considered himself a leader in music. In college, he was the friend who controlled the auxiliary cord during car rides and the go-to for music recommendations. But after graduating from East Tennesse State University and moving to Miami in 2011, his sonic palette expanded when he was introduced to Bosnian-German producer Solomun. recycled love EP, a mix of techno, house and R&B. Tei, who was born in Ghana and came to the United States in 2003 aged 19, immediately caught on to the sounds, which swung in a pendulum between fresh and familiar.

“I started digging and went down a big rabbit hole,” he explains of his later foray into dance music.

Nine years later, Tei is one of Miami’s go-to DJs, known for delighting local dance floors with a unique blend of afrobeat, house, hip-hop and highlife. His sets are steeped in the West African sounds he grew up listening to and which symbolize the sonic history of a genre steeped in black music.

From his days of deep-diving into all things dance and house music, Tei traced the genre back to black creators whose culture was mostly co-opted and repackaged into a commercialized monopoly.

“My entry in there, for example, was by Solomun, who is a white guy, and the track he produced that I liked was a clip from Warren G, a black artist,” says Tei. “It’s almost like a matrix. You go in there and do your research, and you realize, ‘Oh, wow, this was actually started by black people.'”

Decades away and nearly 1,400 miles from Chicago and Detroit, the cities that gave birth to house and techno, Tei is emblematic of black DJs and producers bridging the gap between past and present. future. As the music was diluted and marketed into a soundscape for predominantly white spaces, black dance music DJs struggled to gain the same success as the genre’s main competitors. So in 2019, when Forbes released its list of the 15 highest paid DJs in the world, it’s no surprise that not a single one is black.

This is the legacy of erasure.

Created in the late 70s by prolific Chicago DJ Frankie Knuckles, house music grew out of the Black queer subculture of the Second City. Knuckles crafted a sound that blended disco, alternative European synth tracks, percussion and funk into a heart-pounding groove that captivated partygoers during his residency at club Warehouse. Knuckles’ signature style quickly spread to cities outside of the gay nightclub where he toured. In the 1980s and 1990s, house grew in popularity in England as it intermingled with another subset of dance music that was gaining momentum among black musicians in Detroit.

Suzi Analogue has cultivated a community to center marginalized and queer artists through her label, Never Normal Records.

Photo courtesy of the artist

Innovated in the 80s by producers Juan Atkins, Derrick May and Kevin Saunderson (aka the Belleville Three), Detroit techno is an endemic sound that injects soul into rhythmic, synth-heavy tracks. Growing up in a city that was home to soul music’s flagship label Motown Records, Atkins, May and Saunderson combined soulful elements of Chicago house with the texture of European techno and tied it together with an Afro-futuristic sound. colorful that resonated on the dance floors in the Motor City.

Today, Detroit techno remains the home base for big-name DJs around the world, but a continued disconnect silos the sound to EDM festivals whose audiences don’t reflect the architects of the genre, says producer, songwriter and songwriter Suzi Analogue based in Miami.

“It’s marketed primarily to white people,” she says. “Meanwhile, OGs and trailblazers are just beginning to get back on stage and back to playing, because they’ve been neglected for so long.”

“You go in and do your research, and you realize, ‘Oh, wow, this was actually started by black people. “”

Hailing from Baltimore, Analogue grew up listening to dub, a subgenre of dance music that was popularized by Baltimore’s spin on electronic music. Green Velvet’s “Percolator”, Baltimore DJ K-Swift and Philly EDM artist DJ Sega were among his early influences, along with popular UK music and broken rhythm.

While Analogue blames institutionalized racism and sexism for minimizing the role of black DJs at major dance festivals and on major charts (on Billboard 2021 Year-End Top Electronic/Dance Artists, Not A Single One Was Black), she cultivated a community to center marginalized and queer artists through her label, Never Normal Records.

“I’ve done a lot for the visibility of black women,” says Analogue. “I did a lot of groundwork to get this accepted and now you see black women saying they are producers. I was part of that kickstarter.”

Analogue recently teamed up with Calvin Klein to compose the sound design for the design house’s “Connection” campaign and has been tapped by black female artists like Junglepussy and Dawn Richards to help produce and remix tracks. 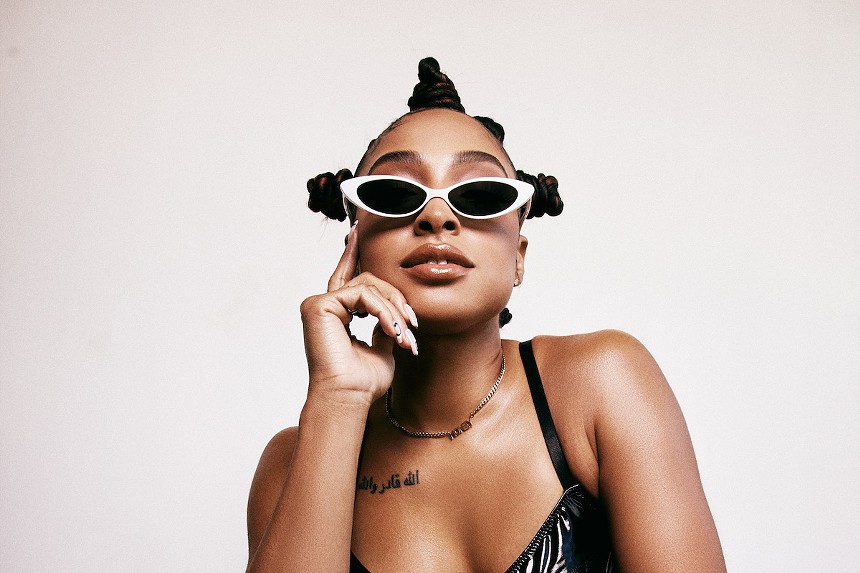 HoneyLuv’s sound is an amalgamation of house, futuristic and deep tech.

Rising DJs have seen a slight shift in representation, but there’s still a barrier to entry for black DJs looking to break into the festival and touring circuit. Festivals dedicated to honoring and elevating black electronic DJs like Afropunk and Dweller are among the few examples where icons and up-and-comers enjoy a global platform.

“There are a lot of us but not enough of us on bigger platforms,” says HoneyLuv, a Los Angeles-based DJ and producer who is set to host a series of events during Miami Music Week this year.

HoneyLuv’s sound is an amalgamation of house, futuristic and deep tech, the latter being a style she was introduced to in her hometown of Cleveland. The former athlete and US Navy sailor grew up listening to Frankie Knuckles with her mother and fell in love with house music at an early age. Describing his sets as “very groovy with a bit of a bounce,” HoneyLuv modernizes house with electronica, hip-hop and Afrobeat to continue the boundless productions of black producers that laid the groundwork decades ago.

“I’m usually the only black person and sometimes a woman in the lineup.”

“I had a few friends who came to see my set for the first time at Skyline, and they were blown away,” she said. new times. “I told them the music was from us and they were like, ‘Wait, what? I didn’t know that!’ I feel like it’s weird that the story wasn’t passed on to younger generations, and that’s why a lot of black people don’t think it’s for us, but once they find out about it, they’ll be much more open to embracing it.

Haitian-American DJ, community organizer and event producer Ashley Venom is working to open doors for black queer DJs who aren’t on the schedule at local shows and festivals. In 2016, Venom worked for III Points as a festival producer and art curator, but her music was unsupported until she joined feminist art collective (F)empower in 2017. .

Instead of performing at some of Miami’s most popular venues, she cut her teeth at underground parties she hosted with (F)empower until she was finally asked to play a set. at III Points last October. 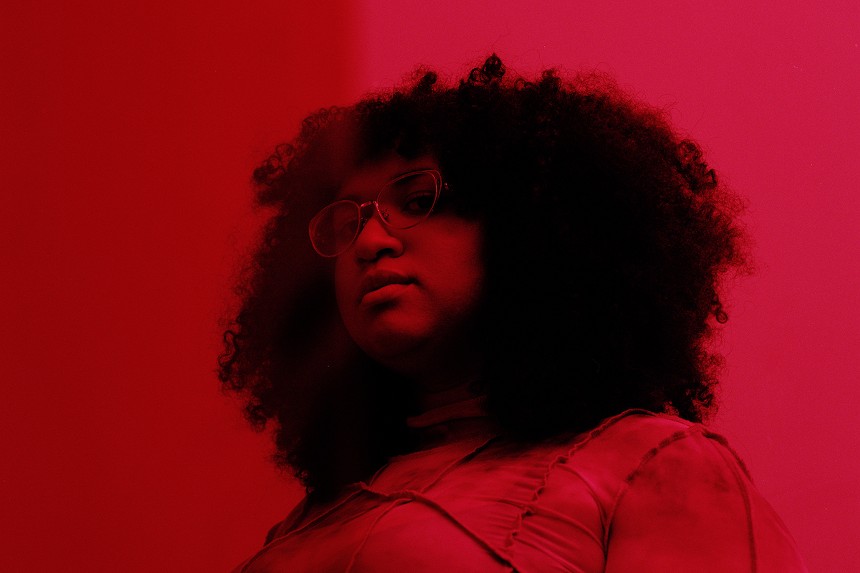 Ashley Venom cut her teeth at underground parties she hosted with (F)empower.

“In an institutional setting, I’m usually the only black person and sometimes a woman on the list,” she says. “And it’s very disappointing to have fair skin. There are a lot of talented artists in Miami who never get the recognition they deserve, so that’s something I’ve worked to change. “

In an effort to create a safe space for trans, non-binary, and black women, Venom and his collective launched Masisi, a black queer Caribbean party. The parties emphasize acceptance and safety for black partiers and DJs who feel out of place at dance music events in Miami. The group has adopted a tiered pricing system that prioritizes black revelers and hires gay-friendly security guards to make guests feel welcome.

“As music program director, one of the most important things was making sure we were booking black performers,” Venom said. “Miami tends to book the same artists over and over again, and a lot of those people aren’t black.”

(F)empower’s Juneteenth party last summer was outfitted with an all-black lineup and drew one of the biggest crowds it’s ever seen so far. But Venom acknowledges that there’s still work to be done on the part of dance music’s gatekeepers globally and locally.

For her part, she no longer accepts bookings where there are no women, black people or queer people on the lineup. And she continues to work to close the wage gap.

“As someone who gets a lot of bookings, I’m not reserved enough,” she says. “It says a lot about how these places can create space. I want to be the disruptor of the spaces that have these uncomfortable conversations. I want to be that person pushing for things to change.”

Nii Tei, Suzi Analogue, HoneyLuv and Ashley Venom represent black DJs and producers across the United States who challenge the status quo in the genre and connect audiences to its rich diasporic history. What began as a sonic embodiment of black queer liberation in Chicago has become a global phenomenon planted in black innovation and imagination, and that legacy cannot be erased.