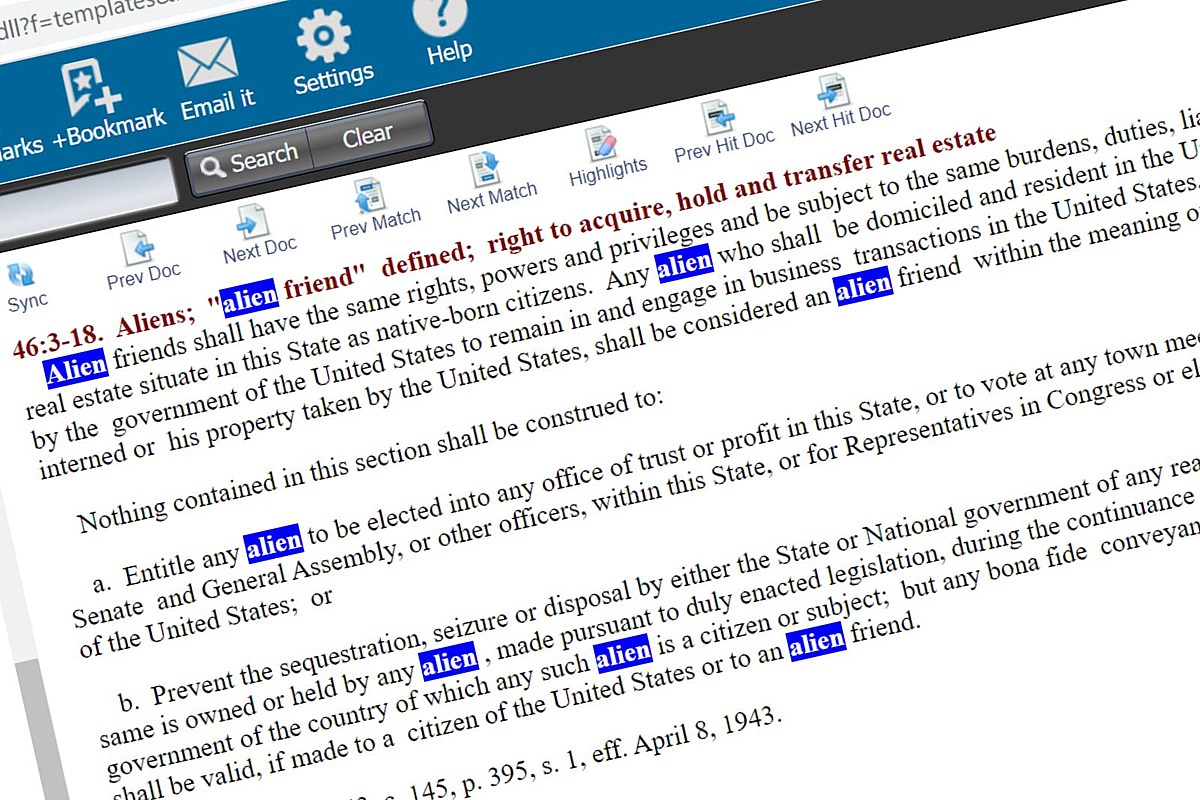 TRENTON — “Illegal aliens” could be set to be kicked out of New Jersey laws, replaced by “undocumented foreign nationals,” under a bill introduced Monday by a Senate committee.

The Senate Committee on State Government, Gambling, Tourism and Historic Preservation voted 4-0 to advance a bill, S2599that would update terminology in state laws that designate foreign nationals as “aliens” and “illegal aliens.”

The proposed law would prohibit agencies of the executive branch of the state from using the terms “alien” and “illegal alien” in any rule, regulation, interpretation, publication or other proposed or final document, display or sign issued by the agency.

“The words we use to describe individuals in laws are extremely important because of the power they have to isolate and dehumanize communities,” said Sen. Nilsa Cruz-Perez, D-Camden, sponsor of the project. of law.

“As a nation of immigrants, our laws should stop using terms that actively ostracize those in our country who may have been born elsewhere,” Cruz-Perez said. “Particularly in the context of such a controversial issue as immigration, discontinuing the use of the terms ‘alien’ and ‘illegal alien’ will establish a more welcoming environment for incoming foreign nationals and provide recognition of their personality. in the laws of this State.”

The proposal was first made in 2016. Only once before today has it won committee approval – in 2018 in the Senate, but it went no further.

The Law Review Commission, which reviews state laws to recommend modernizations to the Legislative Assembly, meets Thursday to consider a draft final report in which he suggests deleting the word “inmate” from the statutes, in favor of “person” or “incarcerated person”.

From time to time, the Legislature passes bills that remove from state laws words that were once commonplace but have come to be seen as demeaning. A 2010 law, for example, removed phrases such as “mentally retarded”, “feeble-minded”, “crazy”, and “mentally ill”.

A 2020 bill would have replaced “postpartum depression” with “perinatal mood disorders”, but it did not go to a vote.

Michael Symons is the Statehouse Bureau Chief for New Jersey 101.5. You can reach him at [email protected]

KEEP READING: Here are 50 of your favorite chain stores that no longer exist