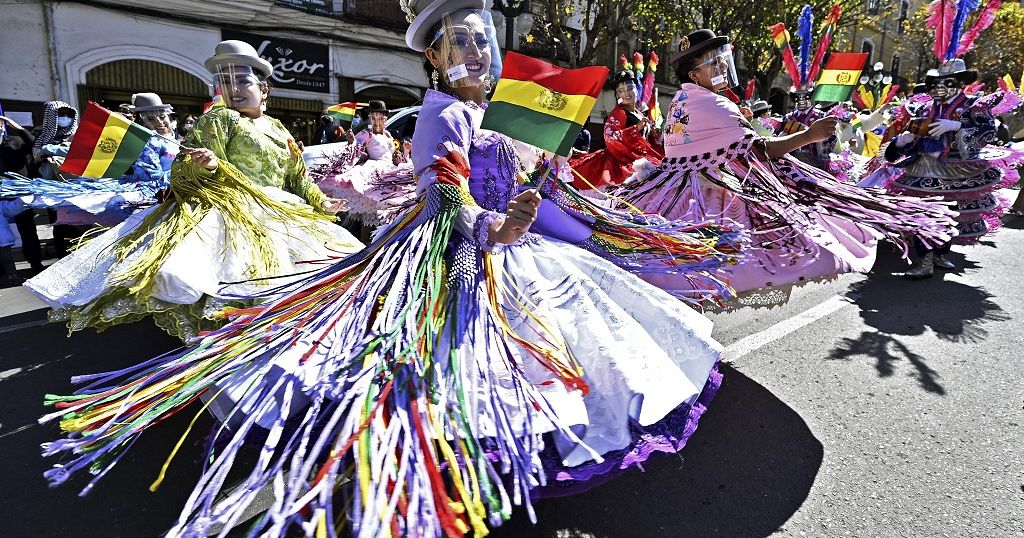 To the rhythm of drums, cymbals, rattles and trumpets, hundreds of dancers marched in front of the Bolivian government palace on Tuesday to defend the morenada, an Andean folk dance of uncertain origin, declared cultural heritage by Peru last week .

Costumes full of sequins and multicolored masks combined with the thunder of drums under the midday sun that burned down Plaza Murillo, in the historic center of La Paz.

The dance dispute, which dates back to colonial times, was reignited after Peru this month declared it “the nation’s cultural heritage” and “one of the” ambassadors “of the artistic culture of Puno “, a border region of Bolivia in the region of Lake Titicaca.

The Bolivian government reacted strongly to the measure adopted by the neighboring country. Culture Minister Sabina Orellana told a press conference that the ministry would go to Unesco to “defend” these rhythms, which “are the identity of all Bolivians”.

The Peruvian Ministry of Culture specified, however, that the declaration “neither manifests nor affirms the right of exclusivity or the denomination of origin of the dance, or of any character of our altiplano origins”.

Summoned by the government of Luis Arce, dozens of groups of morenada and corporal, another contested traditional dance, arrived in the Bolivian capital from various regions of the country to express their dissatisfaction with the supposed “appropriation” of the tradition by the Peru.

In front of the Palacio Quemado, seat of the Bolivian government, the troops of the morenada delighted those present – including the Minister of Culture, the Minister of Education Adrian Quelca and the Ambassador of Italy Francesco Tafuri – with the slow sway and ordered characteristic from left to right and right to left, from shoulders to feet.

According to historians, the choreography of the tired rhythm is reminiscent of the pain and suffering of slaves upon their arrival in America.

In Bolivia, the morenada is one of the icons of the Oruro carnival, celebrated every year in February, and is part of the religious feast of the Lord Jesus of great power in the city of La Paz. Both have been declared cultural heritage of humanity by Unesco.

President Arce said on Twitter that Bolivia “agrees” with Unesco’s statements on the two festivities which “have delighted the planet, but above all, have universalized Bolivian culture”.

Peru, on the other hand, celebrates the feast of the Virgin of Candelaria every year in February, of which the morenada is the protagonist.

According to historian Julia Elena FortÃºn, this dance originated in the brotherhoods of black slaves who satirized their masters by dancing the minuet, a rhythm of French origin popular in 17th century European courts. They replayed these “simulacra” during religious festivities, dancing to a mixture of African and European instruments.

Later, members of the Aymara indigenous nation adopted this dance and incorporated black masks to preserve its essence.

“These are dances that transcend the borders of nation states,” said Bolivian anthropologist Juan Fabbri. They are part of “an Andean culture, an Andean philosophy, Andean practices,” he added.

This is not the first time that the Andean region has been involved in a dispute over folklore. In 2009, Bolivia threatened to take the case to the International Criminal Court in The Hague after the Peruvian Miss Universe candidate paraded in the competition in the costume of the diablada, a dance common to highland countries.

Besides the protest, the gathering in Plaza Murillo had a festive side: it marked the 20th anniversary of the declaration of the Oruro carnival as a â€œmasterpiece of the oral and intangible heritage of humanityâ€ by Unesco.

“Jallalla, Bolivia!” shouted someone in the audience when the last authority had finished speaking. In Quechua and Aymara, it means “long life!”.