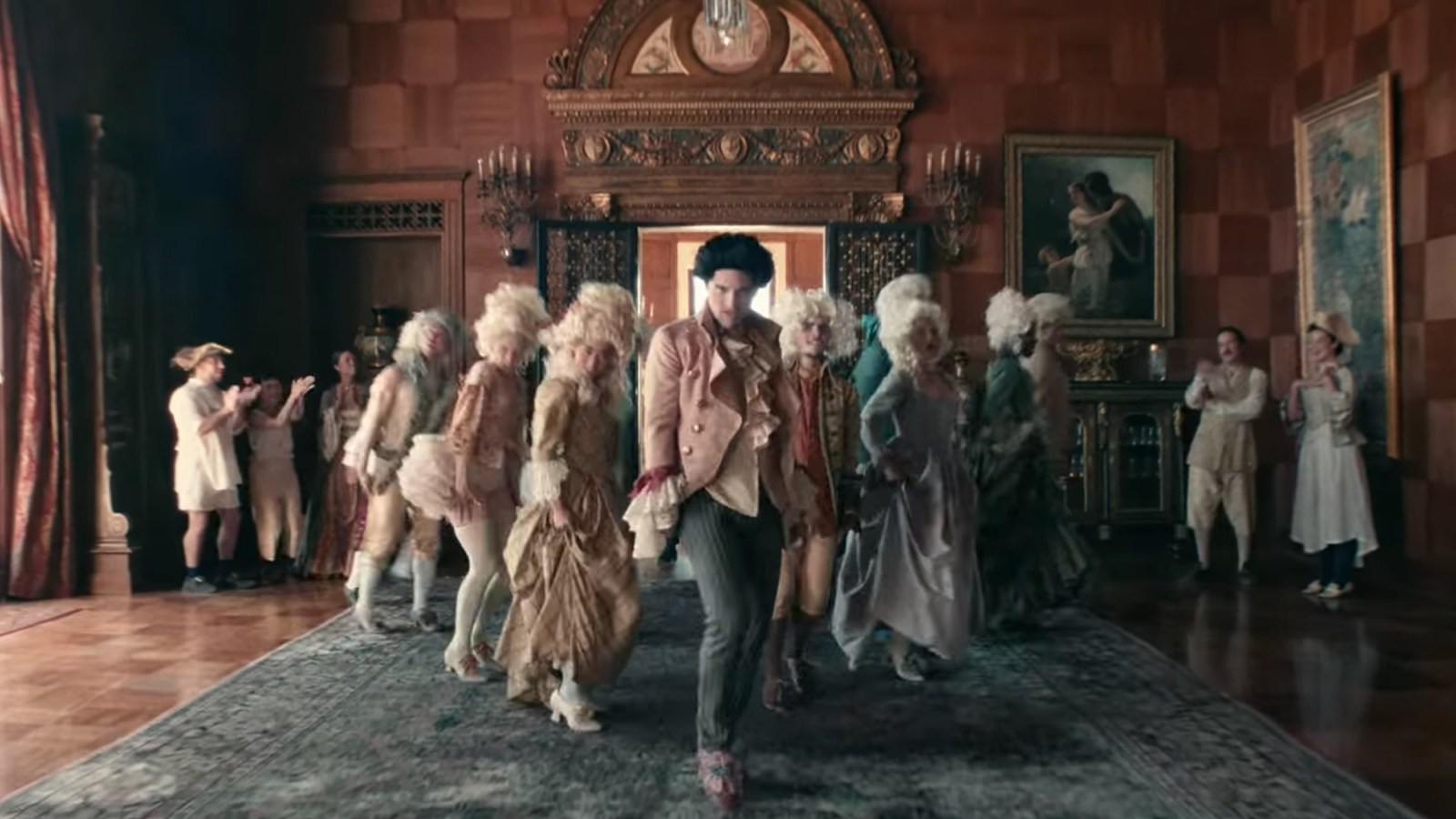 long live revenge! Like panic! at the Disco released their seventh studio album, frontman Brendan Urie starred as “the Duke” in the medieval-themed choreography-filled video for “Sad Clown.”

The Brendan Walter-directed video sees Urie show off his best dance moves and sing musical theater-ready vocals in front of a large crowd wearing powdered wigs. A character named Maggie (apparently the subject of the new album’s song “Something About Maggie”) then joins in as queen, challenging Urie and her team to a dance-off battle.

“Leave me alone (A pagliaccio triste)/Leave me alone (Il est pas si molto bene),” he sings in the chorus. “Your Majesty is magnificent, my tragedy is imminent/Even if I smile, I cry/I will win/Vincero.”

The video then turns into a blurry evening with flashing lights and confused stares before Urie wakes up in an empty castle and sees Maggie kissing another man the next morning. Urie then drops his wig and jumps into the ocean to face his despair and imagines himself leaving Maggie in the sea.

“The Duke makes his grand entrance and says it’s time to dance,” the group captioned the video on YouTube.

“Sad Clown” is the tenth track from the pop-rock band’s new album. long live revenge follows the release of the singles “Middle of a Breakup”, “Don’t Let the Light Go Out”, “Local God” and the album’s title track. To celebrate the album, Panic! goes on tour from September 8, alongside Marina and Jake Wesley Rogers.