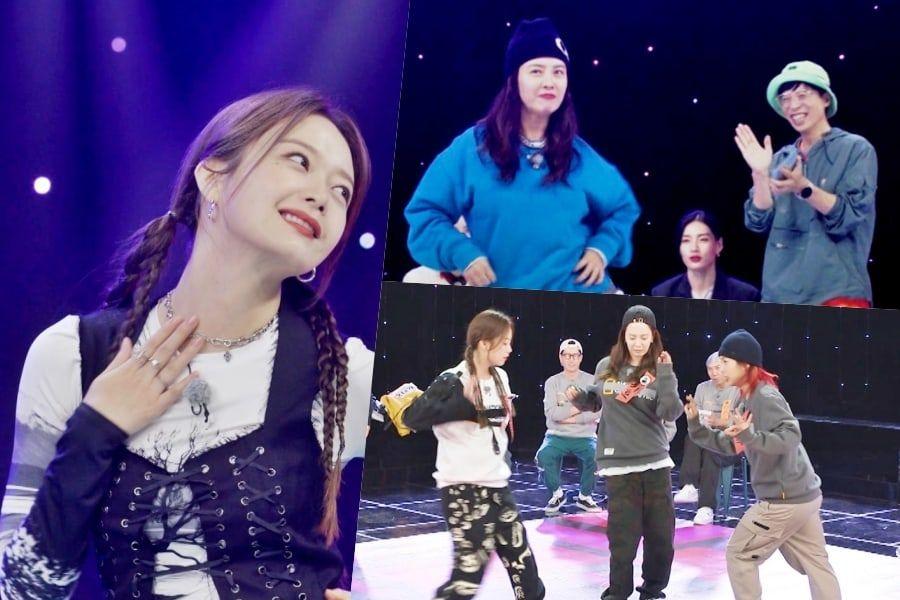 In the upcoming episode of SBS’s “Running Man”, four of the dance team leaders from Mnet’s hit show “Street Woman Fighter” – Honey J from Holy Bang, Monika from Prowdmon, Aiki from Hook and Leejung Lee of YGX – will make a special guest appearance.

During the episode, cast members and guests will face off in a hilarious dance battle unlike anything seen in â€œStreet Woman Fighterâ€. The evaluation criteria for the â€œRunning Manâ€ Dance Battle will include the value of entertainment, creativity and confidence, leading to truly fun performances by some of the best Korean dancers.

In addition, not only will the four dance team leaders show off their own skills, but they will also judge the members of “Running Man” on their dancing skills.

Song Ji Hyo will attempt ITZY’s signature “shoulder dance” move of “WANNABE” in front of Leejung, the song’s original choreographer – and according to those in attendance during the shoot, Leejung and Monika will compliment her after seeing her performance. .

Not to be outdone, Jun So Min will also offer a passionate dance performance that will lead Aiki to exclaim, “I was inspired.”

To catch the unique members’ dance battle featuring the ladies from “Street Woman Fighter”, tune in to the next episode on November 14 at 5 pm KST!

In the meantime, watch full episodes of “Running Man” with English subtitles below: