Sharing the traditions of Mexico through folk dance 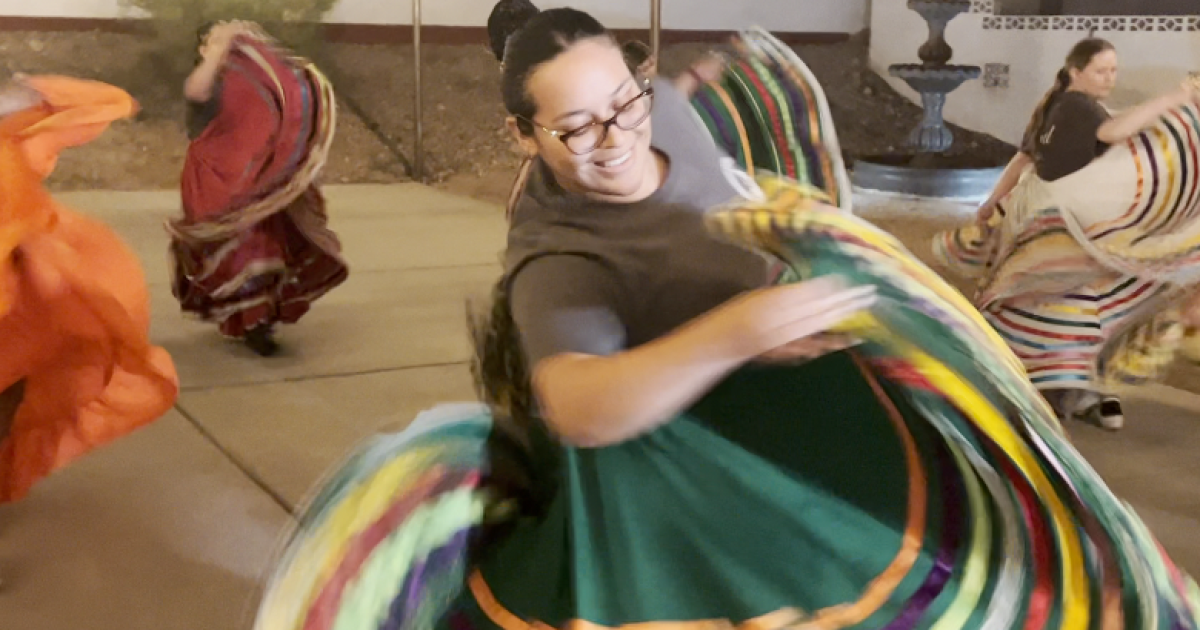 It has an amazing display of color and upbeat music, but as 13 Action News reporter Abel Garcia reports, there’s so much more to this traditional dance.

It’s more than just a dance. It is one of the oldest traditions in Mexican history.

From the quick footwork and the snapping of their boots, to the lapping of their colorful dresses and the rhythm of Mexican music. This is the Ballet Folklorico, also known as folk dance.

“Preserve our culture, even if it is dying. We want to revive it here,” says Juan Aburto, co-director of Grupo Folklorico Libertad.

It is their goal to preserve the bridge between Mexico’s past and present. Siblings, Aburto and Karla Villalobos, created the Las Vegas dance group in 2017 to connect new generations with their roots.

“Our ancestors did it decades, even hundreds of years ago, and now it’s our turn,” says Villalobos.

She says it’s an art form that brings Mexican history to life. Outfits to represent each region of Mexico. This one comes from Jalisco. Women in colorful dresses, men in suits, called Traje de Charro.

Noelani Andrade has been dancing for four years. She says she found her identity thanks to the Ballet Folklorico.

“It makes me really proud because I’m following in the footsteps of my mother and my aunts,” Andrade says.

As Andrade prepares to dance, put on makeup and put on the dress, it not only helps him embrace his culture, but it also helps him connect to his mother, who lost her battle with cancer. in August.

“It makes me feel more connected to her because of the way she used to do it, I do it too and it makes me happy,” Andrade says.

Andrade says that when she dances, she feels like her mother is dancing with her.

“Remembering the smile on his face when I was performing, I remember the first time I performed at swat meet,” Andrade said.

Andrade strives to pass this tradition on to other generations, wearing his mother’s favorite color, representing the origin of his family.

And just like Andrade, Villalobos says all of their students come together through this dance. She says it’s so rewarding to be able to teach history through art that will carry on from generation to generation.

“Folk dance means the dances. So the people it represents, you know, what their culture is, their heritage, their belief, who they are,” Villalobos explains.

“It makes me really happy that they know where they come from. They know their roots and they spread them everywhere,” says Aburto.