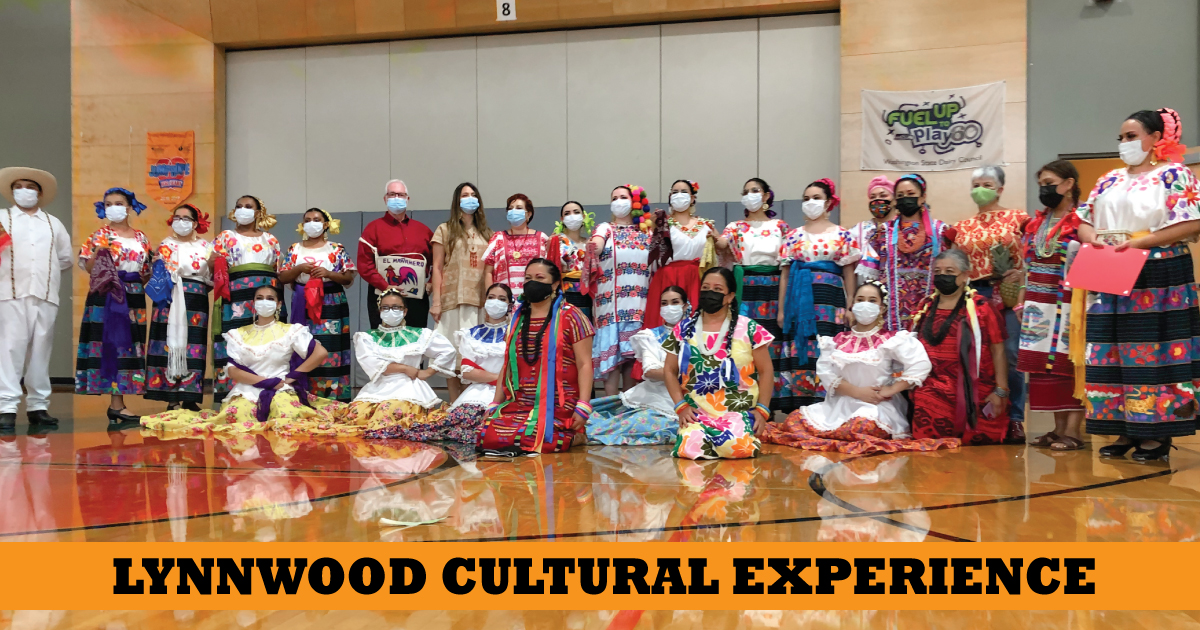 Mexican dance legend ConcepciÃ³n Bello Nava (Conchita), artistic director of the famous Chilpancingo dance troupe CampaÃ±iade Danza FolklÃ³rica Xochicalli, arrived in Lynnwood a week ago to teach groups three dances that represent the folklore and vibrant culture of these Mexican states. Since then, the groups have been meeting at Silver Creek Family Church for the rehearsals where they trained four hours a day before performing in front of the public on Sunday.

â€œIt’s been hard work, everything from wearing face masks to the hot weather, all the preparationâ€¦ but I saw all the desire in young people and how many have come from so far to practice, dance and share the passion and love for our culture, â€Conchita told the Lynnwood Times. “I feel very happy and satisfied to bring my culture and my tradition here with all these people around.”

Guerrero has seven regions in total. However, each of the three dances performed represented only three of these regions: Central, Costa Chica and Tierra Caliente. All of the clothing worn by the dancers has been woven to meticulously represent each respective region, including details such as the flowers growing in each region.

Although the show mainly featured dances that showcase Guerrero culture, Conchita decided to end the show with an Oaxacan dance to pay homage to the large Oaxacan community living in Washington state.

The dance included pineapples as props, which, according to Conchita, represent friendship and offering. Pineapple is a local crop in the Oaxaca region. The giveaway element was made at the end of the show when the pineapples were given to members of the public, one to City Councilor Julieta Altamirano-Crosby, who helped organize the event.

â€œI am very grateful to see all the families who came to enjoy [the performance], and I’m grateful to everyone who helped set it up and the Town of Lynnwood for letting us use the gymnasium, â€City Councilor Altamirano-Crosby told Lynnwood Times. “Sometimes we forget our roots and that creates the link [to] where we come from through culture and how we can share this with others.

Crosby, who was born in Guerrero, said she was so moved by the dances on the first day of rehearsal that she broke down in her car.

Councilor Jim Smith, like many of the more than 100 spectators, was blown away by the skill and execution of the hard work and diligence of the dance troupes.

â€œI was very impressed with all of the dancers and was pleasantly surprised to learn that they have only been working on this for six days,â€ City Councilor Jim Smith told the Lynnwood Times. â€œIt shows the talent of all the dancers and the teaching of the instructor. It was all amazing.

Less than a year later, as part of the Sister City program, Cecilia Garcia, executive director of Herencias Mexicanas, approached Adrian Olivas, executive director of Bailadores de Bronce, to bring in a dance teacher from Guerrero. They contacted City Councilor Julieta Altamirano-Crosby, who serves as the liaison for the Sister City committee. Altamirano-Crosby worked with community members who brought in Conchita to teach the two Washington-based dance groups new techniques and refine their repertoire.