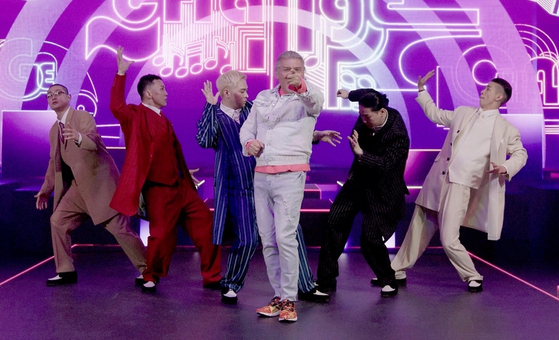 Na Hoon-a released a dance music video “Change” on Friday to celebrate her 55th anniversary since her debut. [DANAL ENTERTAINMENT]

Trotting singer Na Hoon-a released a dance music video titled “Change” for the first time to celebrate the 55th anniversary of his debut, his agency Danal Entertainment announced on Friday.

The track is part of Na’s latest album “Seven-Colored Scent” and is an EDM song about a young person who believes the power of love can magically change everything.

His other music video for “Fighting Match” was released the same day as the album.

Na debuted in 1968 and is often referred to as the “trotting emperor”, having a number of hit songs such as “Japcho (Wild weeds)” (1982). He was mostly popular with older generations, however, after his first TV concert in 14 years which aired on KBS 2TV in September 2020 during the Chuseok holiday, he caught the attention of younger viewers. The concert gained a whopping 29% viewership rating, and the songs he sang, such as “Brother Tes!” grew in popularity and overtook local music streaming sites.