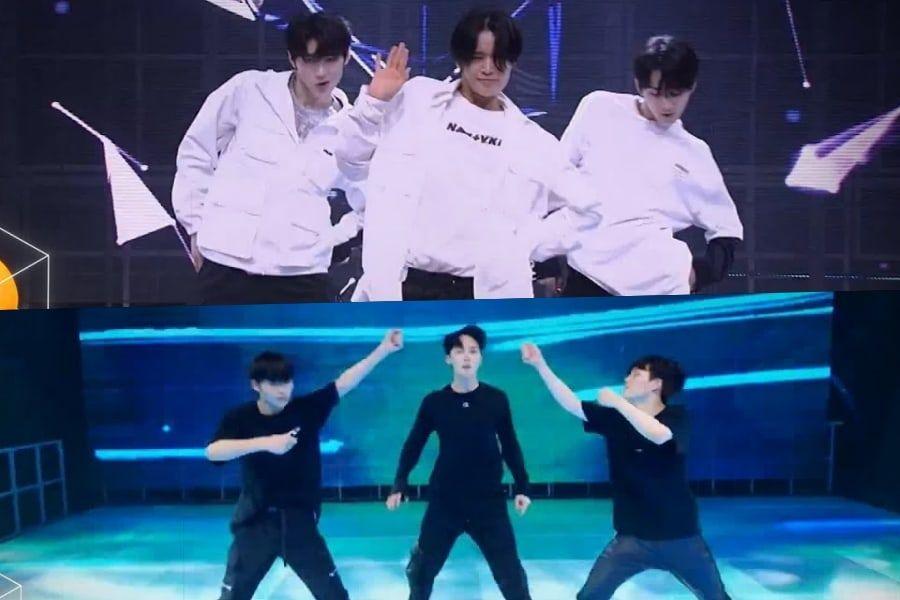 “I-LAND” continued its intense unit performance and featured the Contestants’ Fourth Mission in the July 24 episode.

At the Mnet â€œI-LANDâ€ trade fair, the state-of-the-art training center is only available for 12 trainees. The other trainees practice more in “land” facilities, separating “I-LANDER” from “land”. Based on the results of each test, trainees and producers vote to determine which trainees will ascend to I-LAND or descend to â€œgroundâ€.

In the last episode, candidates started doing a mid-term assessment, starting with the voice units. The I-LAND voice unit (Geonu and Heeseung) performed “Butterfly” by BTS and the base voice unit (Sunoo and Daniel) performed “Save Me” by BTS.

On the July 24 episode, the performance scores were revealed. The I-LAND unit received 81 points and the land unit received 74 points, giving the I-LANDER the victory. Rain told both groups they had done well and pointed out that with such a small difference in score the dance units could still change the outcome.

The dance battle began with the ground unit (Ni-ki, Nicholas and Jaeho) performing “Warrior’s Descendant” by HOT, “Reversal” by X-Teen and “One of a Kind” by G-Dragon.

They were followed by the I-LANDERs (K, Jungwon and Sunghoon), who danced to â€œRainismâ€ by Rain, â€œThree Dopeboyzâ€ by Dynamic Duo and â€œOne of a Kindâ€ by G-Dragon.

Prior to the performance, the I-LAND team made the difficult decision to replace member Jay with Sunghoon as Jay had struggled with some choreography and Sunghoon’s talents from his figure skating background were a plus.

In the end, the I-LAND team won with a score of 154 against 139 for the Grounders. All the I-LANDERs therefore avoided elimination during this mission, which means that no Grounder was able to climb into I-LAND either.

The competitors then discovered their fourth mission, “The Final 12”. The trainees have been tasked with performing the new song “I & credible”, with a lot going on. Six I-LANDERs will descend to the ground after this mission, with three of those eliminated candidates chosen by the I-LANDERs and three chosen by the producers.

The six who are sent to the ground must join the earthlings to await the results of the global vote. The 12 who will gain a place in I-LAND thanks to this mission will be able to enter â€œPart.2â€ of the show.

The â€œbelievable I &â€ performance they undertake involves 12 competitors, and the I-LANDERs and Grounders have set to work to divide the parties. While I-LAND interns hesitated on Part 1 because it has so many parts that it could turn against the competitor, K volunteered for it. Kyungmin also volunteered, but K was chosen by majority vote. The fifth part, which gives the intern a chance to stand out through their dance performance, went to Jungwon. Among the Grounders, Hanbin won the first game and Ta-ki the fifth.

Since the candidates are assessed individually, there was a different atmosphere during the practice, and many candidates also struggled with the difficulty of the choreography. On the pitch where Rain criticized the candidates for failing to establish themselves as leaders, Ni-ki shared that he wanted to both focus on himself and help his team. In the end, he got the members together and told them he would help with their trainings and details.

While performances for “I & Credible” have yet to air, the show has revealed that the producer’s first intern to be eliminated is Seon.

As of July 25 at midnight KST, global voting is now open.

Vote for your favorite interns here and watch the latest episode of â€œI-LANDâ€ on Viki below: