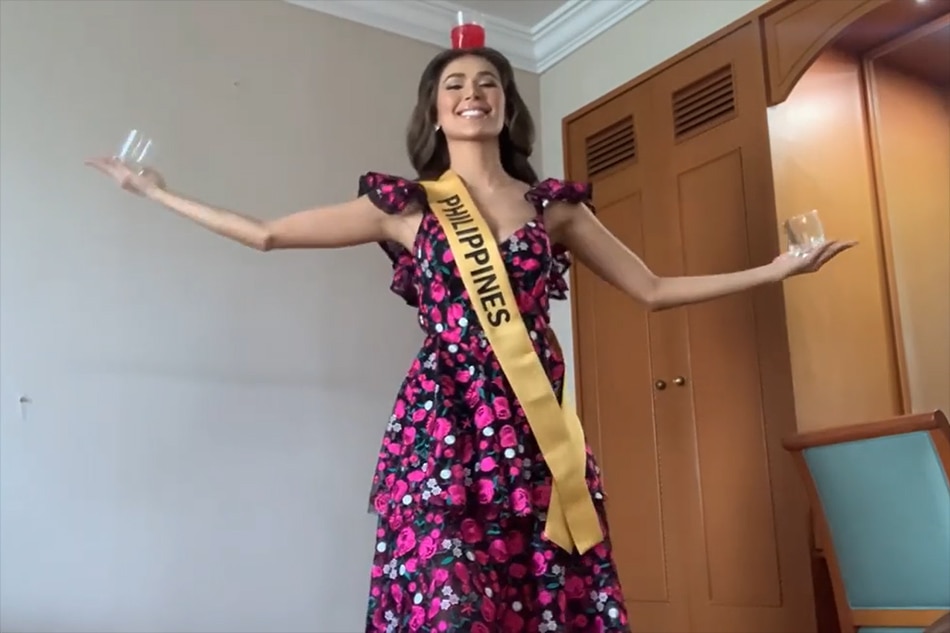 MANILA – After being one of the winners of the “Top 5 on Arrival” contest, Samantha Bernardo is determined to make her mark in the next challenge presented by Miss Grand International.

Applicants were asked to create short introductory videos from their respective hotel rooms as part of the â€œHow to Know Yourself in 1 Minuteâ€ challenge.

Miss Grand International has posted all of their videos to YouTube, and 10 contestants whose clips have the most likes by March 6 will participate in the contest’s â€œSelf Thai Costume Dressingâ€ challenge.

Five other representatives will also be chosen by the judges for the next round.

For her video in the “How to Know Yourself in 1 Minute” challenge, Bernardo chose to focus on her roots as a competitive rhythmic gymnast and folk dancer.

She performed her “most favorite folk dance in the Philippines” called Binasuan, which involves balancing glasses on her head and hands.

Instead of the traditional wine, the glass on Bernardo’s head was filled with cranberry juice.

The coronation night of Miss Grand International will be held in Bangkok, Thailand on March 27.

The Philippines have yet to win a Miss Grand International crown.