Watch: SuperM engages in a fierce dance battle in “Ask Us Anything” preview 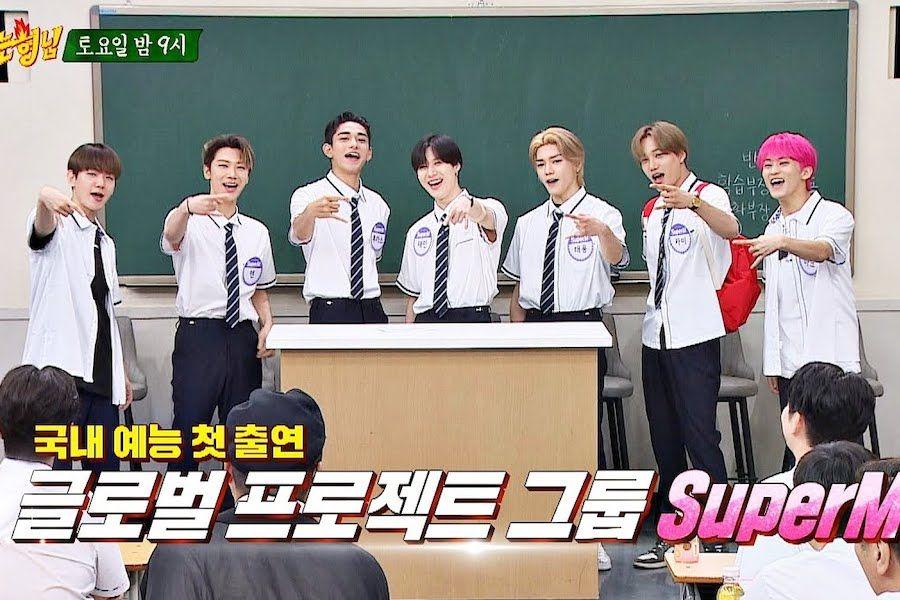 SuperM are the next guests on JTBC’s â€œAsk Us Anythingâ€!

In the preview released on August 22, SuperM is called K-pop’s “Avengers” by Kang Ho Dong. Although several of the SuperM members have previously been guests on the show, this is SuperM’s first appearance as a group. Kang Ho Dong also mentions that this is the first time SuperM has participated in a Korean TV entertainment show together.

In response to the ‘Avengers’ comment, Kai said, â€œThey say I’m the Hulk. Because when he transforms, he only wears underwear. This is a reference to Kai’s legendary â€œAsk Us Anythingâ€ music video in which he and Baekhyun played the â€œheadphonesâ€ game.

Lucas calls himself the â€œmain visualâ€ and says, â€œNo one can touch me. Lee Soo Geun said, “I’m Ant-Man, can’t you include me?” When Kai asks why he’s Ant-Man, he stands up and says, “Can’t you tell?” Baekhyun refers to his habit of taking showers with the limbs and says, “Showers together are a must.” Taeyong replies, “I’m not ready to see the inner side of the hyung again. â€But Ten said,â€œ I’ll just take it off if I have to. Freestyle.

Kang Ho Dong points out that SuperM was on “The Ellen DeGeneres Show” and Kim Young Chul, who speaks fluent English, is starting her own “Young Chul Show”. In response to his questions in English, however, all SuperM members refer him to Mark, who is fluent in English because he grew up in Canada.

SuperM then performs a variety of dances, from their new track “100” to “Sorry Sorry” by Super Junior to “Call Me Baby” by EXO to “Move” by Taemin to “Ring Ding Dong” by SHINee. In response, the cast of â€œAsk Us Anythingâ€ engage in a fierce and hilarious dance battle with them.

This episode of â€œAsk Us Anythingâ€ will air on August 29 at 9 p.m. KST. Check out the preview below!

Check out the band in “SuperM: The Beginning” below!