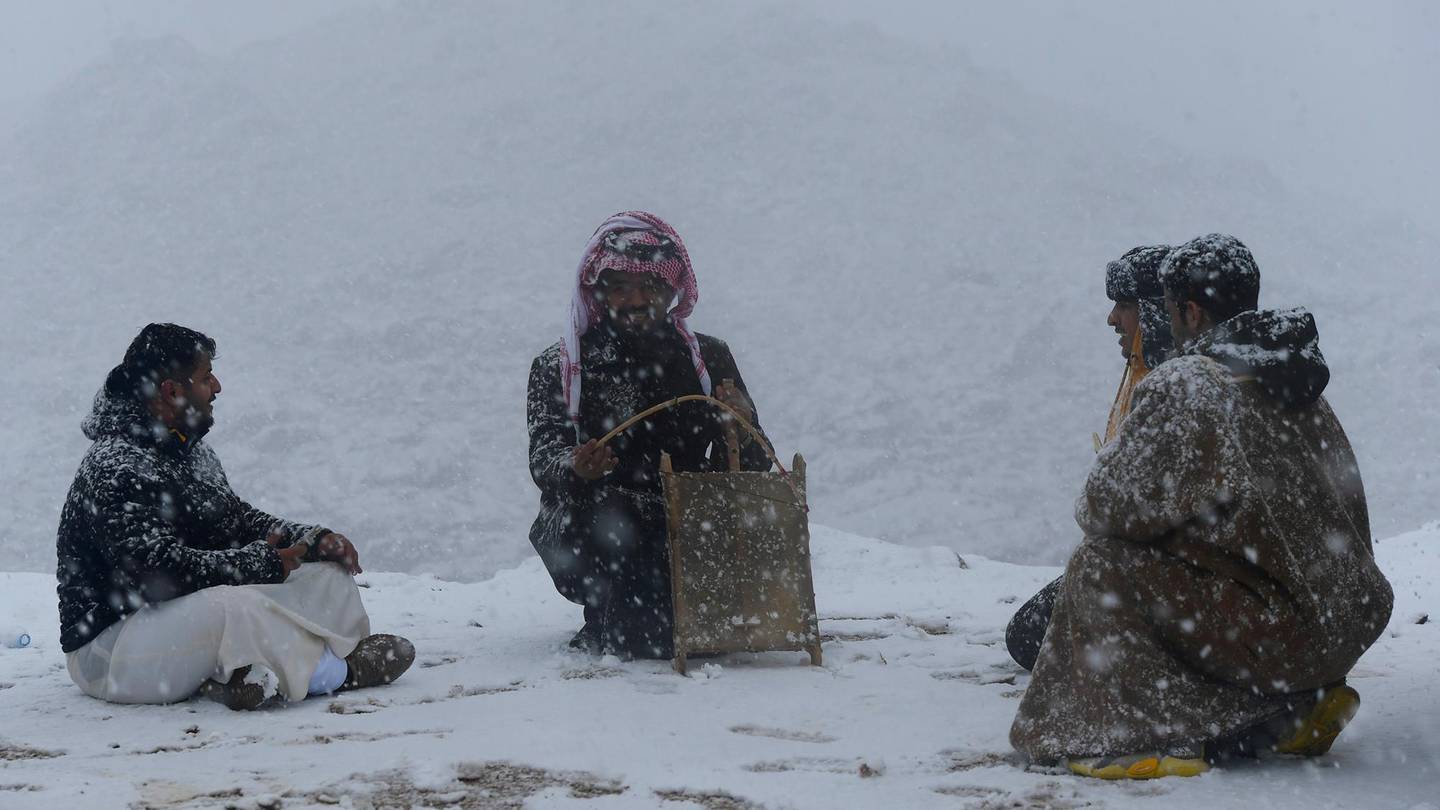 The Saudis welcomed the first snowfall of the year by performing a folk dance in videos widely shared on social media.

The show was recorded in the town of Tabuk, in the northwest of the kingdom.

People have been flocking to Jebel Al Lawz since Saturday when snow started to fall in many areas.

â€œWell, it finally happened,â€ one of the people said in a video as the snow greeted the dancers.

“It’s real and I can prove it,” laughed another, holding a snowball.

The crowd performed the Dahha, an ancient dance of the region. It was once danced by warriors to celebrate victory.

It has some commonalities with Al Ardah, another folk dance from Saudi Arabia, especially from the Najd region.

Snow has fallen on Jebel Al Lawz in the Tabuk region of Saudi Arabia. Photo: SPA

In Dahha, the men of a tribe dance in two rows facing each other, brandishing swords. Saudi songs and poems often accompany the dance.

Al Ardah and Dahha are performed today in various celebrations such as weddings and cultural festivals.

Jebel Al Lawz is a mountain in northwestern Saudi Arabia, near the Jordanian border.

Snow has blanketed parts of the kingdom’s northern towns in recent years. The last time Saudi Arabia experienced so much snow was in 2018, when locals and tourists alike enjoyed fun snow activities like sledges and snowball battles.