What are the different styles of dance in the world like? 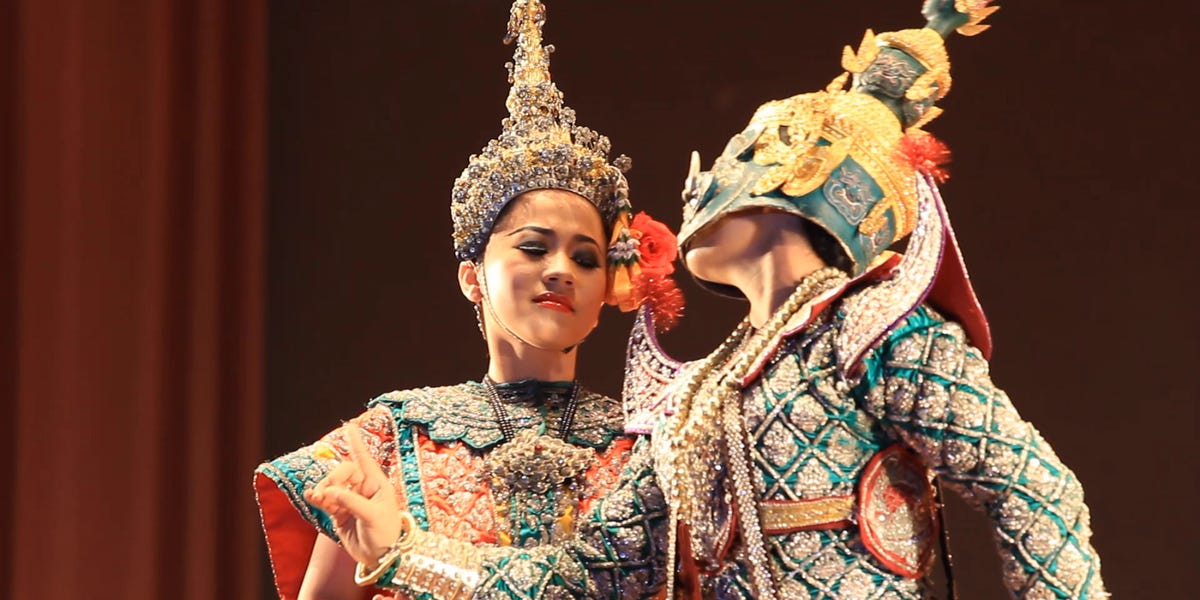 Here is a transcript of the video.

Naja Newell: To dance. It is a universal language that connects people all over the world. Just look at TikTok. Dance is used to communicate and express culture, identity and emotions. And, personally, dancing saved my life. So let’s see some styles of dance in countries around the world.

Coming from the Angolan word “semba”, which means “invitation to dance”, samba is the dance of the Brazilian carnival. Samba was born in the 17th century in a popular hangout for Afro-Brazilians. Much of the movement is rooted in West African cultural traditions, music and batuque dance style. The fast footwork and hip movements found in samba are a staple of Brazilian culture, and you really can’t have a carnival without it.

Capoeira is a hybrid of martial arts and dance that many people believe originated in Brazil. However, his birthplace is in Angola. Africans brought to Brazil by Portuguese colonizers used this style to escape the mental and physical limits of slavery while connecting them to home. Performed in a roda accompanied by a berimbau, a pandeiro and an atabaque, capoeira is about connecting to nature, to your body and to music.

The Raqs sharqi, or belly dance, as it is called in the West, originated in Egypt by a group of nomadic dancers called the Ghawazi. It was practiced by women for women to celebrate events such as fertility and coming into womanhood. It involves extreme control of several parts of the body at the same time.

From the 19th century to the present day, the form has evolved to incorporate Eastern and Western styles like ballet and Latin movement and is now observed by a mixed audience. Kabuki, originally performed only by women, incorporates not only dance, but also drama, song, and art. The style was created by Izumo no Okuni in the 17th century and was very controversial. The government questioned its morality, leading to a ban on the form. It was not until kabuki began to represent true stories and accurate historical representations that it was recognized as an art form. Today, Kabuki is known to provide tourists with educational entertainment about Japanese culture.

Similar to Japanese kabuki, the khon incorporates music, drama, and art into the dance style. This highly gestural form of dance is believed to have originated in the 16th century or earlier. Khon is based on the classic Hindu story of “Ramayana”.

Hip-hop is not just a style of dance; it is a culture and a movement that originated in the Bronx, New York, by the black and Latin youth of the 60s and 70s. Hip-hop dance is an expression of this culture. Social dance was born in the 80s and has become its own entity, evolving a lot over the years with hip-hop music. Although station wagon was primarily the style labeled as hip-hop at the time, across mainstream media other street styles like popping and locking quickly fell under the umbrella of hip-hop. Today, hip-hop has made its way into formal dance education, where it’s typically more structured than the basics, groove, and attitude of freestyle at the heart of the style.

I asked all my Dominican friends about the style to present on behalf of DR, and I think I came to the right conclusion. It was difficult to narrow down the dance styles for the Dominican Republic, as bachata and merengue are popular. Both are influenced by Cuban hip movement, both are pair dances, both born and integral to DR. But these two styles are different in many ways. Bachata fully developed in the 1960s and was influenced by the Cuban bolero, also known as the Cuban dance of love. Under Rafael Trujillo’s dictatorship, bachata was banned while merengue was celebrated. The origin story of merengue is unclear, although an interesting theory is that the lame nature of the dance came from slaves chained together. What is clear is that although dance changed during Trujillo’s reign, it was brought back to its roots thanks to musicians like Johnny Ventura, Milly Quezada and Fefita la Grande.

Form developed during the Italian Renaissance, the ballet spread in France by Catherine de Medici and was popularized by Louis XIV. The king inspired the structure, technique and vocabulary still used in ballet today. In the 1800s, the style shifted from a male-centric form to a ballerina form. Tutus have moved from below the ankle to short, stiff pieces, and oddly enough, pointe shoes, once considered unsightly, are one of the most difficult and integrating parts of the technique today.

Flamenco is believed to have arisen from the blending of two cultures, those of northwestern India and southern Spain. Thanks to the commercialization and the changes imposed by the dictatorship of Francisco Franco, flamenco has become the identity of Spain. Flamenco dancing is extremely passionate, with the music transporting the dancer through history. The dancer incorporates facial expressions, hand clapping, kicking and arm movements that resemble those in classical Hindu dances.

The traditional tinkling dance is said to be named after the tikling bird and its ability to dodge bamboo traps in the paddy field. He is originally from the Visayas region of the Philippines. One story says it arose out of Spanish rule and the punishment for working too slowly in the paddy field, so workers were told to stand between two bamboo sticks that would be struck against the workers’ feet. In order to avoid this, the workers began to practice dodging the blows of bamboo sticks, similar to those of the bird. The dance consists only of single steps, double steps, and jumps, but the sequence and timing is what makes the tinkling dance difficult, fun, and exciting to watch.

You’ve probably seen this dance performed by Jason Momoa when it premiered for â€œAquamanâ€. Or, if you watch rugby, the All Blacks are famous for doing it before a game. The haka is a dance ritual that originated in the Maori culture of New Zealand. Although many people know that the haka is a dance of war, today there are many variations that are used to celebrate, welcome and challenge.

Tango is the creation of a multitude of cultural influences. Born on the border of Uruguay and Argentina, the tango has been influenced by European immigrants, the Cuban habanera, the Argentinian milonga and the candombe of the African population. This social partner dance is romantic and synchronized. Although frowned upon at first, tango eventually gained popularity with the upper class, who later introduced the style to places like France and the United States. Today it is a staple in Argentinian culture and a very competitive style in dance competitions around the world.

In saman, or “the dance of 1000 hands”, the dancers kneel and create music through their synchronized hand movements and chants, so practice is essential. Traditionally, this dance was performed by men to celebrate the birth of the Prophet Muhammad and national holidays.

At the end of the 19th century, bhangra was a dance performed by Sikh and Muslim men in the Punjab, India. It was a celebration of the spring harvest. The main crop harvested during the season is bhang, hence its name. In the mid-20th century, Bhangra transformed into a style featured in weddings, birthdays and fairs. This energetic style is rich in diversity and culture, even through its evolution and popularity.

Jarabe tapatio, a romantic court dance, was actually banned under Spanish rule for being too sexual in the early 19th century. However, once Mexico gained independence in 1821, the tapatio jarabe became not only Mexico’s national dance, but a popular way for Mexicans to celebrate their cultural pride. Also known as the Mexican Hat Dance, the Tapatio Jarabe originates from Guadalajara and tells the story of a man romantically pursuing a woman. While simple, it does require a lot of footwork and movement with the costumes. From brightly colored Chinese poblanas and grand sombreros to the musical accompaniment of the mariachi band, the tapatio jarabe promotes tradition and unity.

The waltz dates back to the LÃ¤ndler folk dance, popular among the lower class in Austria, Bavaria and Slovenia. It quickly became popular across Europe in the 19th century. This gentle, twirling dance of couples traditionally moves counterclockwise and now has many variations today, from the slow waltz to the faster Viennese waltz, which tends to be one of the most popular versions of the style.

Originally part of religious rituals, Irish dance is inspired by the dances brought to Ireland by the Celts. Performed solo or in large groups, the intricate footwork of Irish dance is paired with a stiff upper body, allowing the audience to focus on precision of movement. There are six types of Irish dancing. However, they all revolve around two techniques: ballet up, where most of the weight is on the soles of the feet, and flat down, where most of the weight is in the heels.

Salsa, although popularized in the Puerto Rican community of New York, originated in Cuba. Salsa is a melting pot of styles with many variations, starting with Cuban sound and Afro-Cuban rumba. Casino, marketed as Cuban Salsa, was developed in the 1950s and is largely the inspiration for salsa today. The main difference in movement is that the casino is in circular motion, while Puerto Rican salsa is linear and incorporates jazz and other external cultural elements.

The dragon dance is traditionally performed at the beginning and end of the Chinese New Year festival. In Chinese culture, dragons symbolize power, strength and luck. Dance is therefore used to scare away evil spirits and bring prosperity to communities. The dance dates back to the Han Dynasty and was originally used to encourage rain in drought-prone areas. Requiring very well-timed teamwork, an odd number of dancers each hold a pole connected to a part of the dragon and move it up and down and side to side, making the dragon appear to be dancing .

Dance has been an integral part of cultures around the world for centuries. It’s innate! So even if some of you are thinking, “No, I don’t know how to dance,” maybe you just haven’t found the style that’s right for you. Let us know in the comments below which styles we missed and which might inspire you.