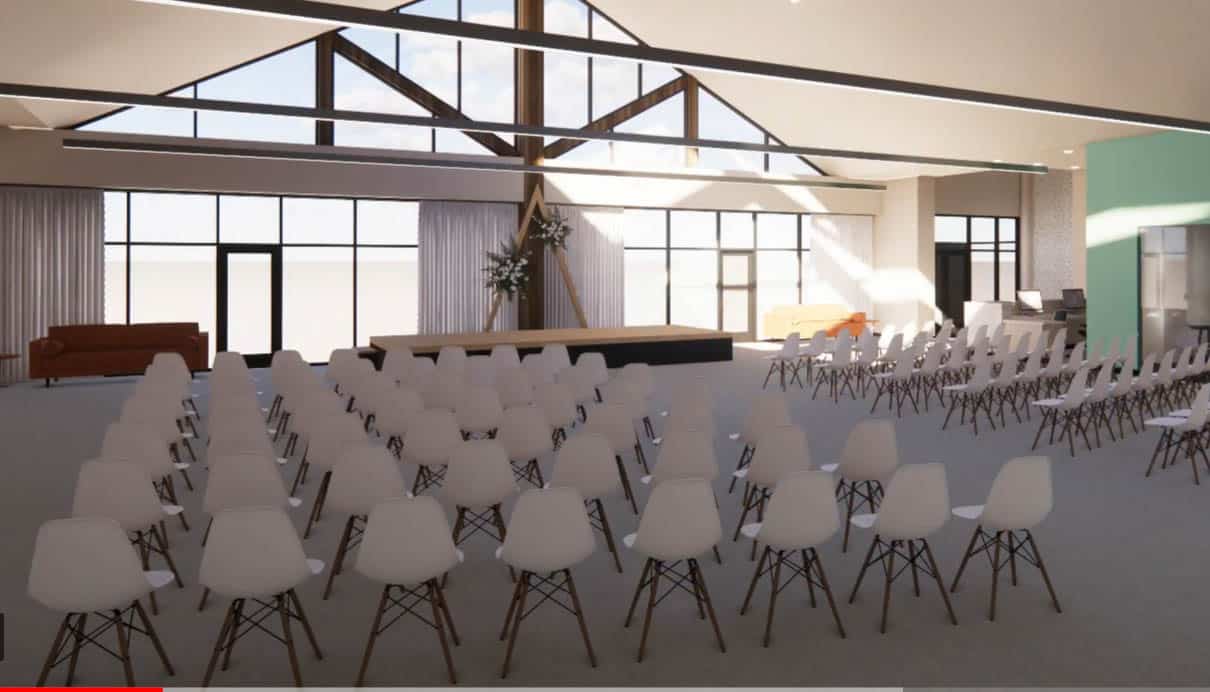 Hustle Workshop was started by attorney Kelli Riley. The company was born out of a frustration she experienced trying to find herself a friendly workspace for professional women. She located the facility at 1750 Foxtrail Drive, Unit B, in Loveland, which is immediately west of the Loveland outlets.

Among the liabilities was a $170,000 loan from Canvas Credit Union; it was secured by Riley’s primary residence.

A $423,968 liability to Hillside Construction Inc. was listed as disputed.

The company reported gross revenue this year through the Nov. 14 filing date of $196,074.

The facility includes 13 private offices, a conference room and a yoga studio. Its central area could be converted for event use that can accommodate 466 people. The company added childcare resources. Its founder said she hoped to create an uplifting workplace for women.

The bankruptcy filing lists Riley as a managing member of the LLC. The firm’s bankruptcy attorney is Nathaniel Thompson.

Riley told BizWest Today that nine of the private offices are leased and that she anticipates the business will continue to operate.

She said she hired an architect and a contractor in January; they applied for a building permit from the town of Loveland, but it was not approved until April.

“We were paying rent for seven months before opening,” she said. She also said she faced unforeseen expenses related to licensing the daycare center and construction went $150,000 over budget.

The filing is the latest in a series of challenges for women’s coworking businesses: A 6,000 square foot operator called Charlie Co. closed in 2020 in RiNo, while Rise Collaborative closed on Colorado Boulevard. A national operator called The Riveter has also closed.

This story first appeared on BizWest.com, a press partner of BusinessDen.